All the best freaks are here... 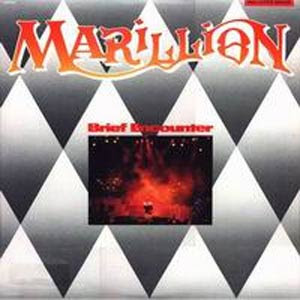 Ripped the first two songs only off this one today (studio versions of "Lady Nina" and "Freaks") because I don't have them on any other album. This is just a 5-song EP, not a full album. The last three songs are just live versions of previously released studio versions.

I continue to lament a mistake I made when I had to restore the computer several months ago. I thought I had backed up all critical downloads that I couldn't replace, but I missed a few mp3s. One of them was the epic (16 megabyte) recording of "Grendel" by Marillion. So if anyone out there has that song and wants to burn me a copy, I'll be willing to pay a few bucks for it. At least postage and the cost of the CD. I had managed to finally download the whole thing back when I was using KaZaa.

Strike that. I just figured out that it's included on B-Sides Themselves. That solves that problem.

Once Fish left the group I pretty much lost interest in them. I did get Seasons End, but never kept track of them after that. Fish without Marillion is better than Marillion without Fish, in my opinion. I have two of his solo albums.

After ripping that short piece of vinyl, I went back to CDs for a while, but I'm not going to hunt down the album art for all of them because the process is much more automated and I can go through them a lot faster. But so far today the talley is:
The Moody Blues' Greatest Hits
The Pogues - If I Should Fall From Grace With God and Hell's Ditch
Crosby, Stills & Nash (eponymous first album)
Roger Waters & Ron Geesin - Music from the Body
Fish - Sunsets On Empire
The Residents - Double Shot (mini CD)

I'm going to start looking into getting a USB hard drive just to store my mp3s on, and perhaps other important files the next time I need to do a restore on this machine.

As for the mp3s ripped from vinyl, I am also going to back them up on CD so I don't have to go through all this again.
Posted by AlanDP at 6:38 PM