The dream has just begun... 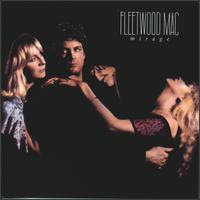 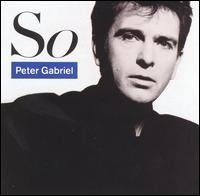 To me, Fleetwood Mac is one of those groups that it's nice to have a "Greatest Hits" of, but not really necessary to have anything else. Lindsey Buckingham's voice kind of irritates me, and Christine McVie's voice is so immaculately polished that it seems to have lost its character. I believe this tape was purchased in Abilene when I was in college there. It couldn't have been more than a year after this album was released, yet it was already in the bargain bin at Wal-Mart. I've copied the Stevie Nicks songs into her directory on my computer, but I usually don't go much for the group. Unfortunately, I'll have to wait until I can get a turntable before I digitize any of her old solo albums. I bought them all on vinyl way back when.

So is a CD. I was looking through all my mp3s and trying to figure out what I've missed. I realized that some stuff was missing last week when I was digitizing the Hüsker Dü tapes and I noticed that I had ripped only one of my Bob Mould CDs. I found about 20 CDs that I had either just not noticed or neglected somehow. I have five Peter Gabriel albums, and they never get old. So is my favorite. I have only one of his eponymous albums (the melting face), and I'd like to get the other two. I had a room-mate once (Brer's brother) who had a bunch of old Peter Gabriel records, and I listened to them all. He had a few that I've never seen anywhere else, and never heard of otherwise. I remember really enjoying the Birdy soundtrack. I also really like Passion.

No, I made a mistake. I have six Gabriel albums in all, and all on CD. I have that double live album of his, too. I always forget the live albums because I don't think of them as real albums, since usually live albums are redundant.

I think next week I'll have to use some of that money I've squirreled away and get a USB hard drive for mp3 storage. I'm down to less than 4 gigs of unused space on this one. By the way, I got the USB floppy drive today, so I'll probably see what I can do with the old computer tomorrow.
Posted by AlanDP at 9:40 PM