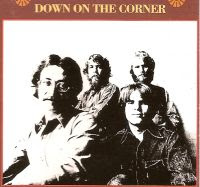 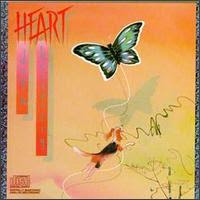 Down on the Corner is not part of the discography of CCR according to both Wikipedia and the official CCR website. It must be some kind of semi-bootleg, probably printed in Malaysia or something, dated 1991. I had to scan the tape jacket to create a thumbnail for it. Bought it in a truck stop somewhere while I was truck driving. I bought several tapes during that time that I don't listen to much now that that's over. It may be hard to believe, but there are still lots of places in this country where you can't clearly pick up any radio stations. At least not when it comes to FM. I suppose you still might pick up some AM skip no matter where you are. Anyone want to take a guess at what format of FM music station is the most commonly found, no matter where you are? Go on, take a guess, and I'll answer later.

I also have Chronicle (2-record set). Funny story. It arrived in the mail one day. But I never ordered it. I was somewhat perplexed. That night around the supper table I told my family about it. My oldest sister said she had ordered it for me, because she thought I might like it. That was nice of her, but it still had me puzzled, because she didn't normally do that sort of thing. I never really got into CCR that much, but they have lots of songs that I don't mind hearing on the radio. Except, of course, for the song that shall not be named. "Down on the Corner," "Lodi," and "Who'll Stop the Rain" are some favorites from this tape. I also like Bonnie Tyler's version.

The first Heart album I ever bought was Greatest Hits Live sometime in the mid-80's. This one was a few years later, partly because it was in the bargain bin and partly because I thought it might fill in some blanks. I really like Ann Wilson's voice on "Mistral Wind." I wouldn't mind getting more of their earlier stuff, but I'm really not interested in anything after 1980 (although I do have Heart from '85).
Posted by AlanDP at 1:49 PM