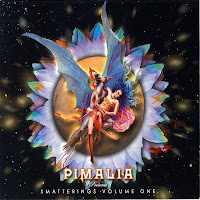 I downloaded this a few days ago and have been enjoying the heck out of it. Amazon has placed it in the "alt rock/general" category but I would not classify it as such. For the most part, I would put this in the "ambient" category, or more specifically what I have thought of as "dark ambient," or what I recently learned is called "darkwave" or "dark wave."

Very few of these tracks have actual sung vocals, and the few that have vocals are often spoken, sampled, or electronically tricked out. One commenter stated that this is music is "too far out there" to listen to. Well, based on what little avant-garde I have in my collection, this sampler is no where near that far out there. I wouldn't call any of it avant-garde, although I might go so far as to call some of it "avant-rock," for lack of a better term. One track is quite thrashy, one ventures into trance/dance, maybe there's a hint of industrial in there somewhere, but mostly it's just eerily dark ambient music.

A great collection that has introduced me to several new groups that I think are worth checking out further, especially one called 400 Lonely Things. It has 17 tracks running at 1 hour 18 minutes. You can still download it for free right now. Just click. If you are a fan of ambient or of groups like The Residents, Tuxedomoon or Dead Can Dance, you will probably like it.
Posted by AlanDP at 7:15 PM