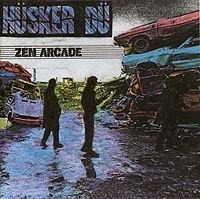 I had previously ripped it from my old dub tape, but this is one that I wanted to rip from the original vinyl for the better sound quality. Been listening to side 1, the only side I've finished so far, and it sounds excellent!

I started encoding my mp3s at 320 vbr (variable bit rate) instead of a straight 128 like I used to. The top end of the treble gets lost at 128. Something I recently noticed, apparently because all this listening is improving my ears. I don't plan on re-ripping any records that I've already done to change the encoding, but I will be re-ripping select CDs (favorite pop/rock and all jazz CDs) for the better sound quality at the higher bit rate.

I tried an experimental rip on one of my old inherited records that is banged up pretty bad: that is, I played it wet by running distilled water onto it with a syringe. Didn't help. Some of these old records are just too messed up.
Posted by AlanDP at 9:11 PM