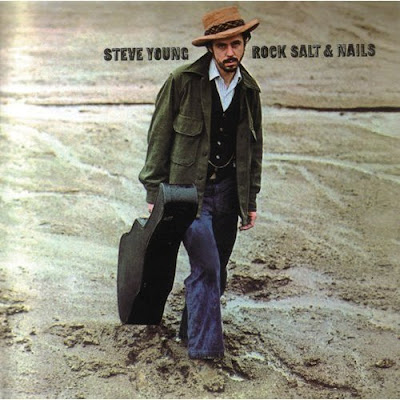 I have been looking for this album for a while now, since I first tracked down the origin of the song "Seven Bridges Road." Steve Young is the guy who wrote it, and originally released it on this album.

Of course it's out of print. It was later released on CD but even that is out of print and available only as a collectible import. It is not even available as an mp3 download from either Amazon or Rhapsody.

I was able to find the "Seven Bridges Road" from this album* on YouTube, but it was in mono, so my search continued. Also I wanted to hear the rest of the album if possible. Note: I might go ahead and upload a stereo version to YouTube before too long, just for kicks.

So finally I found it. If you click here, it will take you to a country music forum wherein one of the moderators made the entire album available via streaming. Naturally, due to my own peculiar obsession/hobby-horse, I used my equipment to record the whole thing and create mp3 versions of my own for repeated listening and future reference.

So, for anyone trying to find this album, just follow the link.


*I say "the 'Seven Bridges Road' from this album" because he re-recorded it a second time for a later album, but more about that some other time.
Posted by AlanDP at 8:02 PM