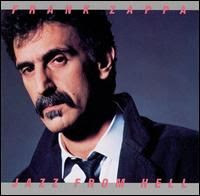 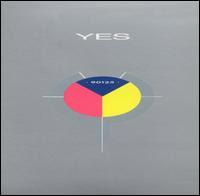 I've always had a hard time getting into Frank Zappa. One reason may be because he was so incredibly prolific, and I just never knew where to start. Another reason is probably because he's not the kind of musician who gets played on the radio, so I never had any real exposure to his music, and therefore, didn't know where to start (I think I said that already).

I don't know if record (or I should say music) companies still do this, but back in the 80s and early 90s, companies would sometimes put out compilation discs made up of various artists on their label just to show a sampling of what that label was like. I loved those kinds of discs. Since they were created primarily for promotion, they were usually only half the price of a regular CD (or even less), made for great listening, and introduced me to some artists that I likely never would have heard of otherwise. One of these samplers which I didn't own myself, but a co-worker did, was called Steal This Disc. It was put out by Ryko (thanks Amazon). One of the songs on it was "G-Spot Tornado" from Zappa's Jazz From Hell.

Side note: I see that some Amazon sellers have this disc used starting at 69¢. That is a steal! Another of my favorite songs from this disc was a bluegrass version of "Hesitation Blues."

Some years went by, I had a different job and a different co-worker who was a big Zappa fan. This co-worker was also an obnoxious a$h0l3 and one of those people who thinks they know everything and are superior to everyone although they don't and they aren't. He had a very esoteric and snobbish taste in music. I didn't like the guy, and avoided him as much as possible, but occasionally we fell into discussions of music. He introduced me to a few artists I probably never would have heard of if not for him. For that, I thank him. For everything else: he's lucky I'm a peaceable person and didn't have a large, jagged rock handy a few times. At one point he even gave me a few tapes he had dubbed of various old Zappa albums, and he loaned me some tapes that he claimed were Zappa bootlegs, but since there wasn't any vocals I have no way of knowing if he was telling the truth. I also gave him a few blank tapes so he could record a couple of his albums for me. One of them was Jazz From Hell.

I love this album. So using this as a starting point, if any Zappa fans come across this post, feel free to comment and leave recommendations for other albums of his that I might like since I like this one. I also have the CD of We're Only In It for the Money together with Lumpy Gravy. That's all the Zappa I have in my collection.

90125 is another album from my college music days. It's another of those that were in great abundance in my dorm back then, but unlike the Asia album, this one I got for myself. Actually I believe it was a birthday present. I remember the day I got it I sat by the stereo and played it about five times, not just listening to it, but studying it. What a day. I have a few other Yes albums, some on vinyl, some on cassette, some just tape dubs of a room-mate's albums. My second year in college I had a different room-mate, a guy from Indonesia. He had an enormous record collection that he said was all given to him by a friend several years before. Many of them were records that you would never find in the U.S. He's another who I credit with introducing me to some artists that I probably would have never known of otherwise. Sometimes I would just grab something out of his boxes at random and listen to it. At the end of that year, he told me that I was free to take any of those records I wanted. I didn't feel really comfortable taking his stuff for free, so I selected only two: Pink Floyd's The Wall and I can't remember the other one. I do remember that he had a picture disk of Heart's Magazine which I have always regretted not taking.

I also remember that he had what must have been a sort of bootleg compilation of Rush on cassette. The liner included the lyrics to all the songs on the tape, but they must have been transcribed by someone who wasn't thoroughly familiar with English, because a lot of the words were wrong. I remember reading all the lyrics and laughing out loud at what was written, as opposed to what Geddy Lee was actually singing. The only thing I remember from it now is the line from "Tom Sawyer" that goes, "catch the spirit," was written "catch the spit." Oh yeah, and "modern day warrior" was "Monday warrior." It was just full of kiss this guy moments.

Remember that fantastic video for "Owner of a Lonely Heart?" Great video. I thought their next video was terrible in comparison. Which song was it for? Either "Hold On" or "Leave It," I don't remember which. It just showed the group all in white floating around against a white background. Blah.

I also digitized one other tape last night, but it's not a real album so I don't have a picture for it. It's a radio broadcast of James McMurty live at the Cibolo Creek Country Club, which I taped as it was being broadcast. McMurtry is a Texan musician who is an excellent guitarist and song writer. By the way, he is the son of author Larry McMurtry of "Lonesome Dove" fame. James also had an appearance in "Lonesome Dove."
Posted by AlanDP at 11:21 AM