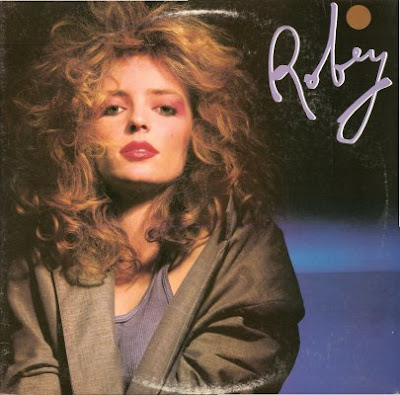 If she looks familiar, it's because she's that woman who played "Micki" on Friday the 13th: The Series. And here she is, looking pretty much just like Micki but with more makeup, like that time she was possessed by that one artifact and it turned her into...no, wait a minute, that didn't really happen. That was just one of my, uh...fanfic stories. Yeah, that's the ticket.

So anyway I came across this at Yesterday's Warehouse* and bought it cheap, probably 50¢ or so. Because, well, because it was the woman who played Micki. It apparently had one minor hit called "One Night in Bangkok" but I've never heard the song anywhere except on this record.

She is a musician and songwriter as well as actor. She co-wrote two of the songs on this album. I listened to it a couple of times way back when and I remember being unimpressed. The record looks like it's in good condition, though. I might have to play it again just to see how it's held up. It's unusual to get a used record that looks this good, but then again I don't think it got much use to begin with. This is one of a handful of records I have with a disclaimer like this on the back jacket: 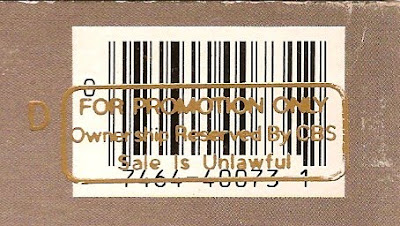 Amazon.com does have this CD, however it is titled One Night in Bangkok. My record has no title other than her last name, which she also used to identify herself in the TV series (her first name is Louise). Most of the comments there are favorable, so I guess I'll have to give it a new listen sometime soon and see if my opinion has changed from back then. Also the track list is different on the CD. The CD's tracks 1-4 make up side 2 of the record, while track 5-8 make up side 1.

So this started out to just be another "odd cover art" post, but I guess I'll have to post something about the music itself once I get around to listening to it again.

UPDATE: Okay, well, it's just plain old solid 80s electronic dance pop. Nothing to make it bad or good--it's just sort of there. I think my favorite from it is "Bored and Beautiful," which pokes fun at vapid teenage airheads, and which is probably going to be a timeless theme. Then again my favorite title is "One Monkey Don't Stop No Show," which is...a lovesong? I think?

As for the record itself, I got a near perfect rip without any editing, which is really amazing for a used record.


*Which means nothing to most people who read this, but quite a lot to two of you.
Posted by AlanDP at 7:14 PM