I thought I would have another album ready for today, but ran into problems with my scanner and didn't get around to editing but one song. I keep getting some kind of hardware interrupt error. So I may have to go back to just using covers that I can find on the internet, which will be kind of a bummer. Until I can figure out the scanner problem.

Anyway, as I was looking for this particular cover art I came across a minor oddity. Seems there was this Christian metal band called Guardian (still extant, I believe) who did a complete re-recording of Stryper's The Yellow and Black Attack. You can see a picture of the Guardian cover here. They even reproduced the original cover art almost exactly.

So I've been working on a few EPs because I figured they would be relatively quick & easy to finish and I've been wanting to do them anyway. One of them is the Styper album mentioned previously, and in hunting down the cover art I found that I have not the re-release of it, but the original, of which there were only 20,000 copies made. Interesting.

A couple of nights ago I downloaded the Eagles' "Journey of the Sorcerer." It sounds so much better than my old tape version. I'm gonna have to download the whole album, or at least the songs that I don't already have on their "Best of" CD. Also I found that I do have their Desperado album, which is the one I wasn't sure if I had or not. Will have to rip it soon. 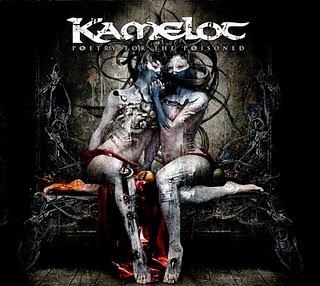