I don't remember why anymore, but some time ago I added a DVD to my Netflix queue called "Great Wacky Western Comedies." It includes three movies plus some bonus features. So today I watched the first movie. 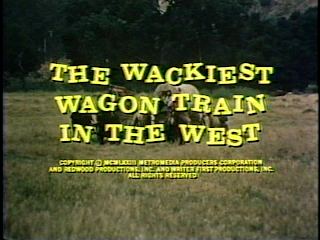 1973. Gilligan's Island has already become legend. Sherwood Schwartz is at the peak of his Bradiness. He can't go wrong.  So what did he do?  He created a movie that should have more accurately been called Gilligan's Wagon Train.  Their theme song isn't nearly as catchy as the Gilligan's Island song, which I'm sure most of us can still sing from memory, but here are some of the lyrics to get you going.

So...you've got this stagecoach and this single wagon that have somehow become separated and lost from the rest of the wagon train--marooned, as it were. 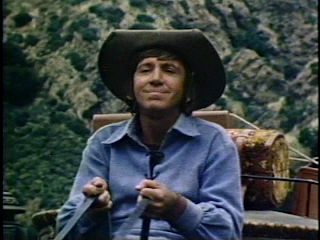 So we have Gilligan... 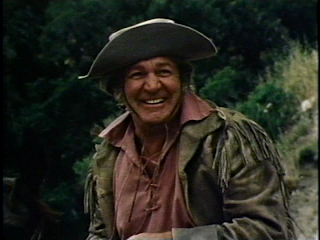 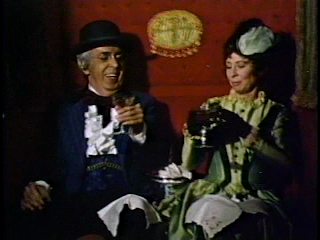 The millionaire and his wife. 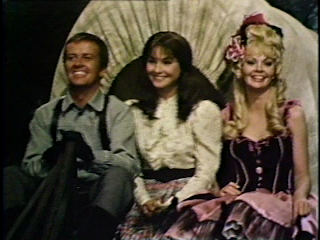 The prostitute, the professor and Mary Ann.

Stuff happens, most of it in a very disconnected manner.  More stuff happens that didn't have anything to do with the first stuff that happened.  Then more stuff happened but I slept through it and woke up right at the end to see Dusty somehow win a gunfight because he got lucky and did some fancy twirl with a gentleman's cane and the bad guys thought he was Bat Masterson so they surrendered without firing a shot.  I don't know how they got from being lost in the wilderness to fighting bad guys in a town with Gilligan/Dusty posing as Bat Masterson because I was a asleep, but I'm not going back.  If you want to know what happened, look it up on YouTube.  Somebody uploaded the whole movie for some reason.  If you watch it and figure out how it all happened, keep it to yourself, because I don't want to know.

Apparently they made a sitcom out of this, too.  I don't remember it.  Thank God.