As before, I tried to get some shots with good backgrounds.  This set are all from downtown. 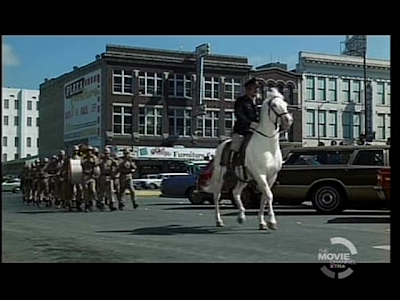 Headed toward the Alamo. 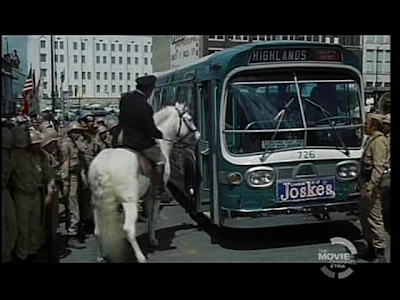 At one point, a whacky old lady backs her car out into the street and plows into the army column.  One of the men gets a hurt ankle and can't march anymore, so they put him on this bus.  Unfortunately, this bus doesn't go to the Alamo, but a helpful lady inside tells him how he can transfer to a bus that does.  Check out the Joske's "product placement." 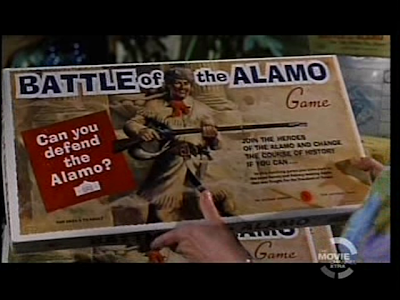 The Battle of the Alamo vintage game.  More product placement, I suppose. 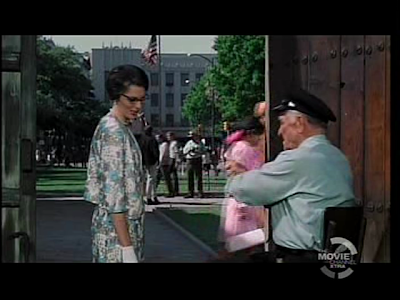 Okay, this is supposed to be out of the front door of the Alamo chapel, or gates, or something.  This movie makes the same mistake as some other shows I've seen, in that they depict the Alamo as a place that still has surrounding walls with gates that can be closed so no one can get inside the grounds.  That lady on the left is hilarious.  She has a hugely exaggerated fake Texan accent and she's a tour guide who is giving a group of tourists a tour (3 tours in one sentence).  By the way, some of this movie was also shot at the Alamo Village set in Bracketville. 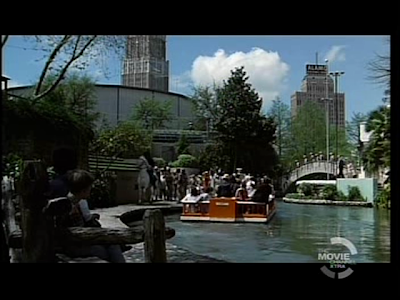 The army column somehow manages to get down to the Riverwalk. 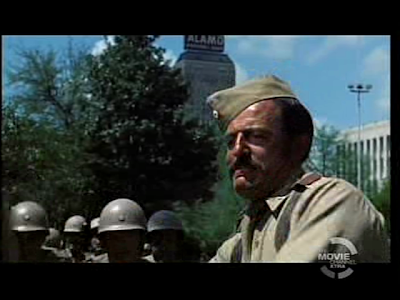 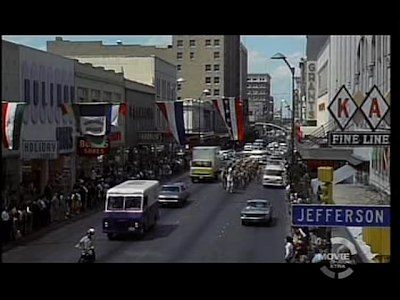 And here they go marching down a bustling downtown street, but I don't know which one.  Jefferson is a short joining street that runs from Pecan on the north to Houston on the south, if I read the map correctly.  I never work in this part of downtown, so I am wholly unfamiliar with it. 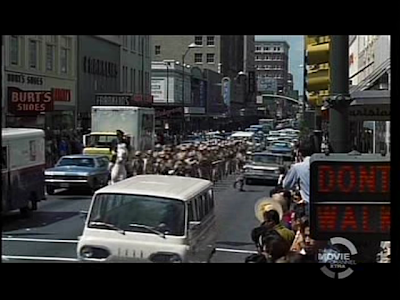 Same as the last shot but from a lower angle as they've approached closer to the camera. 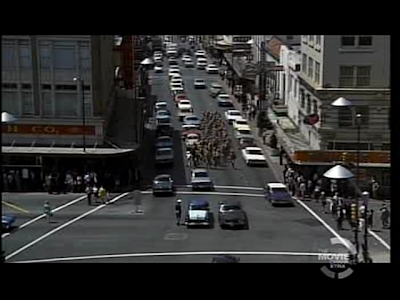 I don't know if this is the same street as the last two, but in the movie they are still marching toward the Alamo. 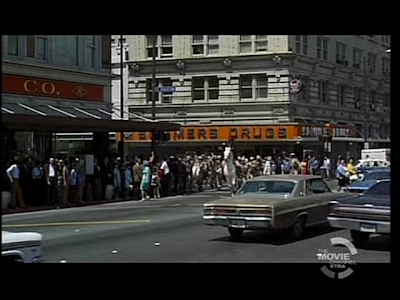 And I should be able to pretty much finish this up in one more post.
Posted by AlanDP at 8:04 PM