The final collection of screen shots. 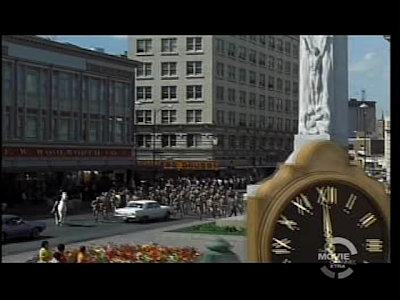 Okay then, I guess they were marching down East Houston St. 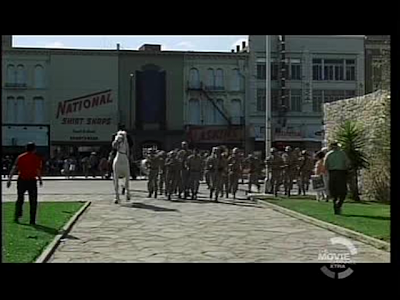 The front of the Alamo. 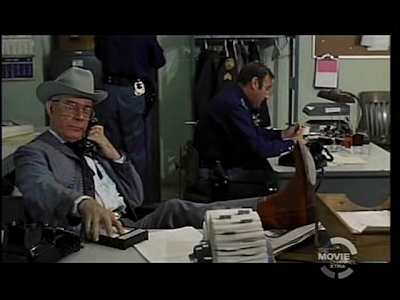 Henry Morgan as the crusty police chief.  I only put this here to remind myself to say that the scenes that took place in the police headquarters were actually shot inside the old police HQ.  Several of the officers were used as extras.  A Rolodex!  Black desk phones! 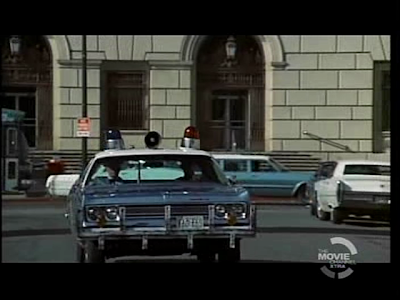 Rushing through the streets to see what was going on at the Alamo. 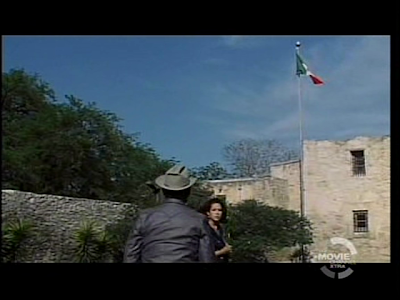 The Mexican troops hoist their flag over the Alamo.  I bet this drove the DRT absolutely nuts, but by the time they knew about it, it was too late. 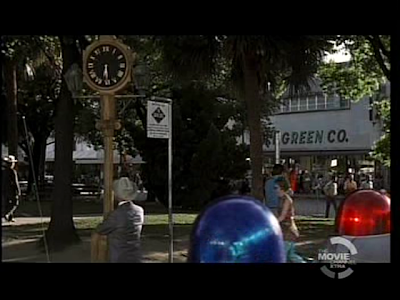 More downtown with Morgan checking the time on the big clock. 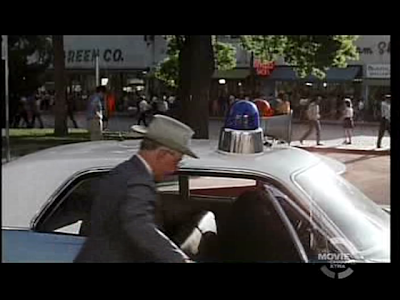 Another angle of the same scene. 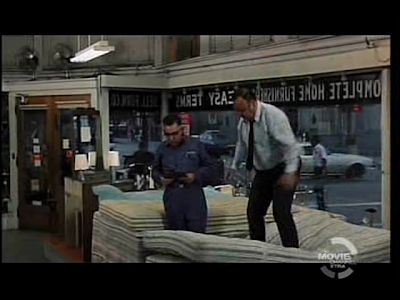 Jonathan Winters testing the firmness of mattresses by jumping on them.  Maybe this was shot inside the Fawcett Furniture Company?  Anyway, he jumps on these a few times and says, "Yeah, yeah, that's firm."  Then he gets down and looks at the ends of the mattresses and shouts, "Now who in the hell cut all these labels off?" 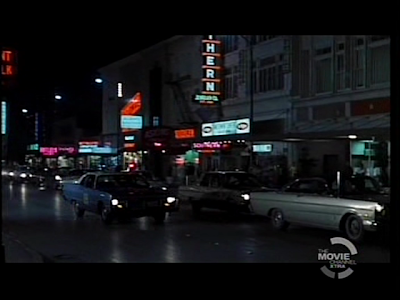 Cops rushing through the streets at night.  The whole movie takes place during two days and the night in between. 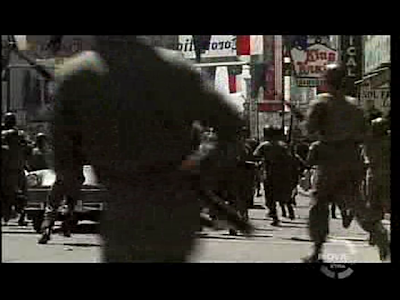 A chaotic street scene as soldiers run toward the Alamo to battle the Mexican soldiers.  But don't worry, this is a G-rated, family-friendly movie and there's no fighting, just a humorous (cough) Mexican standoff. 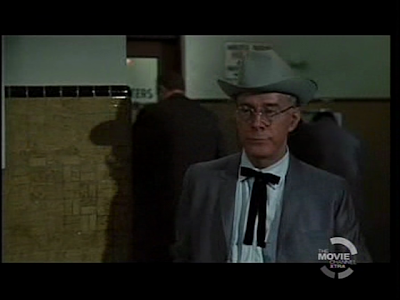 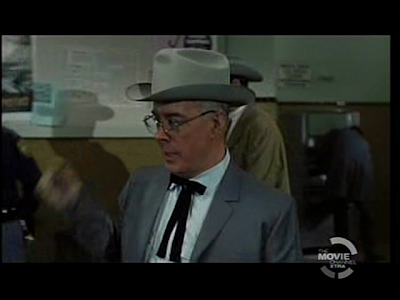 Well, as I said before, I know someone who was an extra in this movie, and he told me all about it, so I knew where to look for him.  His entire screen time is less than 10 seconds as Henry Morgan walks around this corner, about to leave for the day, right before all heck breaks loose.  Anyway, the guy way in the back on the right, bent over and wearing a dark coat, is the guy who I know, who was a police officer at that time.

He has always had a dark complexion, very dark brown eyes, and back then when he was much younger, black hair.  He said that some of his Mexican-American fellow officers joked that he got hired because he looked more Mexican than they did.  But the real story is that Jerry Paris (the director), wanted someone who was exactly 6 feet, 2 inches tall to be back there messing around with the cigarette vending machine.  This seems odd to me, because the whole time he's on camera, he's bent way over working the machine.  But I guess that's directors for you.  Anyway, he was exactly 6'2", so he got picked as the extra for that scene.  For that scant time on camera, he said he was paid for 3 days at union scale, and, he told me, "they fed us like kings."  They had a buffet going on the whole time that was available for all the cast and crew, and while they were extras, they ate from the buffet.

So that's it.  Rated G, 93 minutes.  Written by news anchor Jim Lehrer.  For some more interesting details about the controversy this film caused, check out the trivia at imdb.com.  If you miss funny movies with no bad language* or violence, you'll like this.  Make it a Peter Ustinov double feature with Blackbeard's Ghost and you'll be all set for a great evening of movie-watching.

*unless you count the word "whorehouse"

General DeSantos:  She said my men would not follow me into a whorehouse!

Sergeant Valdez:  She is wrong, General.

General:  What?  You think so?

Sergeant (leering):  Yes, General.  Your men would most certainly follow you into a whorehouse.
Posted by AlanDP at 4:47 PM