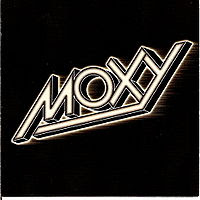 Sometimes I long for the old days of hard rock, which I missed because I was just a kid and had more important things to think about, like how to talk to that cute blond with the freckles who sat in front of me in fifth grade, or what I could do to make her smile again*, or trying to find a Hardy Boys book that I hadn't read yet.

I remember 1976. It was the year that everything was red, white and blue. The notebooks, the lunch boxes, the pencils, the newspapers. I was telling this kid once, "kid" as having been born in the late 80s, how everything in '76 was red, white and blue. A few days later another co-worker brought an old newspaper to work, just to show off, dated Sunday, July 4, 1976. I pointed at the front page and said, "See? I told you."

I bet if I still had that lunch box it would be worth something now.

In 1976, hard rock was still hard rock, uncontaminated by irony and anti-nostalgia. And there was a guy in San Antonio named Joe Anthony who had a show on KISS (99.5 FM), and he had a hobby of finding Canadian bands that no one had really heard much about yet and promoting the snot out of them in San Antonio. Bands like Triumph, Rush and Moxy.

This, their first album, is simply an awesome snapshot of what rock used to be in the 70s. It just flat-out rocks. They didn't have the staying power of Triumph or Rush--the lead singer developed vocal chord problems and then died young, but the surviving members did have a reunion tour several years ago. If you ever get nostalgic for hard rock the way it used to be, you won't go wrong with this album. It's another I bought used, though when and where exactly escapes me, and I don't think I had even listened to it until I ripped it a few days ago. I was very surprised at how much I liked it.

I wonder if records were made better back then than they were by the mid-80s, because this record made a perfect rip. Not a pop nor a click. For all the details about them you can look them up at Wikipedia. Amazon has a CD version of this album with extra tracks, and has sound samples for all eight of the tracks that were on the original album.


*A few years after we were married, my wife and I ran into her. She told my wife that she had been my girlfriend in fifth grade. I wish I had known that at the time.
Posted by AlanDP at 7:55 PM