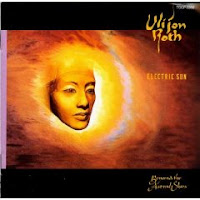 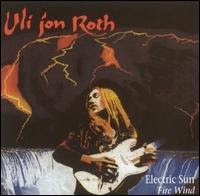 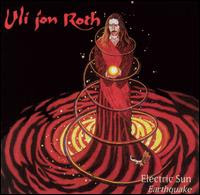 Does anyone reading this blog have any of these albums? Just curious. Bought the one on the left first, upon hearing it being played in a record store. I don't remember which store, but I know it wasn't one of my usual hangouts. I think it was at a mall in S.A. Picked up the other two a few weeks later when I came across them in one of my usual hangouts (either Hastings in Seguin or Sundance in San Marcos--or possibly Hastings in San Marcos).

Ulrich ("Uli") Jon Roth was a member of the early-ish Scorpions, but his music and his personal life were both moving in a different direction from the Scorpions, so he went out on his own.

I was going through some old tapes of mine today and found some of my dub cassettes that I always listened to instead of playing the records. I decided there's still a lot of good stuff left in the collection, and I've been listening to see if the tapes held up well enough to justify digitizing. So far, all three of these are still very good quality. The old Fuji CrO2 cassettes have real staying power. I don't think I ever wore one out.

I have to hunt down a turntable before I can start digitizing records again. So for now, I'm just trying all my old tapes first.
Posted by AlanDP at 4:00 PM