That's Zedong to you, fella 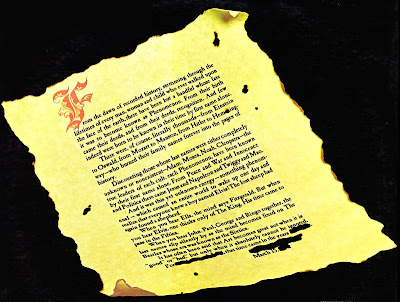 Here is a scan of the back cover of an album which I am, for the nonce, not going to identify. This kind of hyperbole about a mere rock band always both bemuses and amuses me. Click to enlarge and if you don't already know who this was written about, take a stab at guessing. That trope that "it...cannot be ignored" was commonly written about some bands from this era (such as The Doors, for example--but they aren't the band in question here). Certain items at the end have been redacted to prevent giving away the answer, but I will say that it was a trio.

UPDATE: Here is the front cover of this album. In case you're like me and you're still saying What? Who?, as Albatross correctly answered in comments, the band in question is Grand Funk Railroad. I plan on ripping this one eventually so I'll not say more about it now except that it looks like it's in exceptionally good condition for a used album.