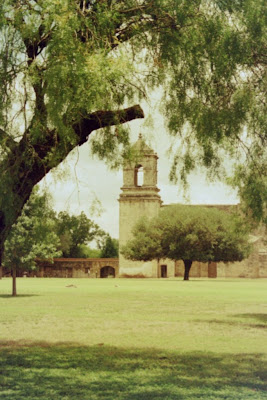 I'll try to keep all my directions correct. The chapel and other structures are mostly on the (roughly) northeast corner of the grounds. This is a shot of the bell tower framed by a mesquite tree. The tower is on the south end of the chapel entrance, the shot taken from the southern part of the grounds. 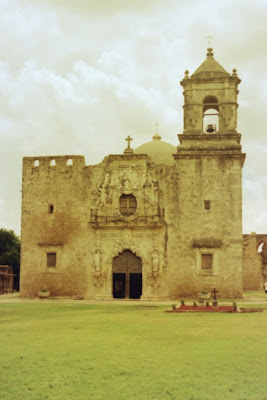 This is a shot of the chapel entrance facing pretty much directly east. That is, I was facing east. The entrance faces west. There's the unusual oval window I mentioned in the old post. 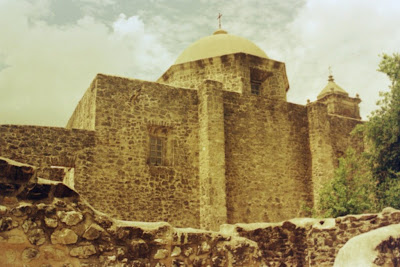 This is around the back side of the chapel. Around back here, the buildings have gone mostly into ruin. 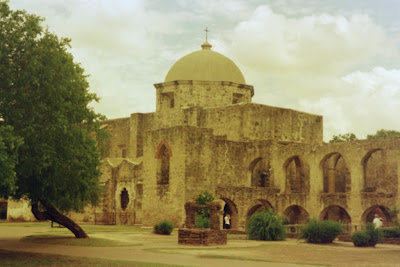 The chapel and some ruins to the rear taken from a point southeast of the chapel, facing northwest. 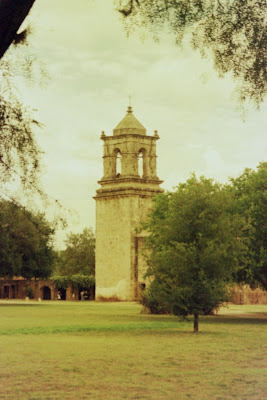 Another shot of the bell tower from a southwestish direction.
Posted by AlanDP at 8:51 PM