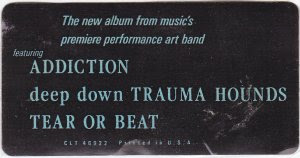 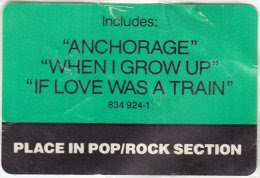 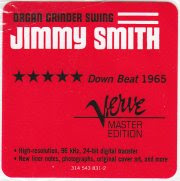 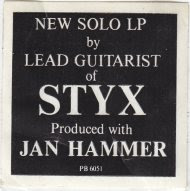 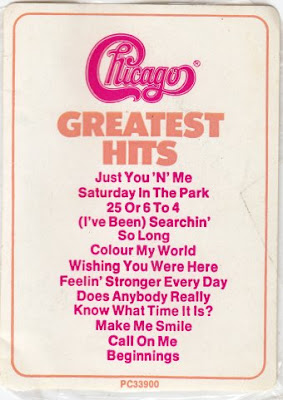 The "Synthetic Silence" thing is an odd one. I don't remember the actual title; it's something like "Environments" followed by a number because there were several in the series. This one had "Electrifying Thunderstorm" on one side and "Gentle Rain in a Pine Forest" on the other. I absolutely loved the "gentle rain" side. Back in the olden days I had a cassette deck that would play a tape in a loop, first one side and then the other, over and over until you turned it off. I recorded the "gentle rain" on both sides of a 60-minute tape--the side itself was right at 30 minutes long, and I would put that on at night and sleep with it playing. The "synthetic silence" they're referring to was the "gentle rain" side. I had one other of those "Environments" records but it wasn't nearly as enjoyable as this one.

After that we have Skinny Puppy, Cleanse, Fold and Manipulate; Peter Gabriel, So (CD); Michelle Shocked, Short Sharp Shocked (including instructions about what to do with it because nobody could decide where she should be pigeon-holed--and still can't); Jimmy Smith, Organ Grinder Swing (CD); James Young, City Slicker; Chicago, Greatest Hits (must be my wife's--I don't remember ever listening to or even seeing this record); and Bob Mould, Workbook (CD).
Posted by AlanDP at 9:49 AM