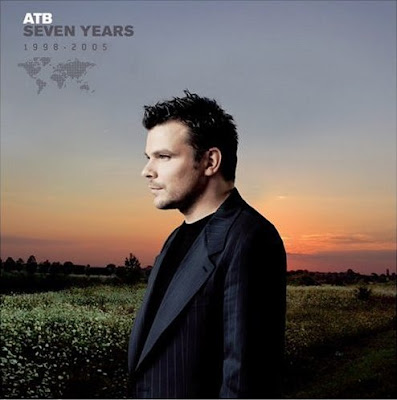 The first of the yard sale CDs (alphabetically). The dude on the cover is ATB, or André Tanneberger, a German musician and producer of trance music. This CD is a sort of "best of" compilation of his from the years 1998-2005. While I will readily admit that this stuff isn't for everyone, it is one kind of music that I definitely enjoy. This is the kind of stuff I personally refer to as "chill," because I have a playlist of it that I like to load up at night and let it just fill the air while I chill* out with a pipe and the internet or a book. Favorites on this one are the few with Tiff Lacey on vocals (click for her Google images link,should be SFW unless someone really snoopy is hanging over your shoulder), for example "Ecstacy" and "Marrakech."

I had never heard of ATB until my wife brought home this CD, and it's one that I do really like. So...SCORE!!! This version of the album has 20 tracks and runs more than 75 minutes total playing time.

Results of all the yard sale CDs: almost all them were good. A few of them required repeated cleaning until I got them where they would rip all tracks; two of them I couldn't get everything. One of these was an Elvis CD that I know my wife will want (Elvis singing gospel songs), so I might go ahead and download from Amazon the two tracks I couldn't rip. The worst one was The Platters Greatest Hits, an early version with only 10 tracks, and I could rip only 4 of them. Too bad, it would have been cool to have that whole album to load up now and then.

*For me, "chill" encompasses new age, trance, acid jazz and ambient music. Although not ALL new age, nor all trance, nor all acid jazz, nor all ambient. Well, probably pretty much all ambient. It just depends how it strikes me. Most of my "chill" playlist has a "darker" sound, rather than a "brighter" sound, if that helps.