I'm not going to try and write a review of this movie or anything, but here are a few screen caps. You can't get this on DVD, but I recommend watching it if you can catch it on a cable movie channel sometime. I might post more pix in the future if I get around to it. 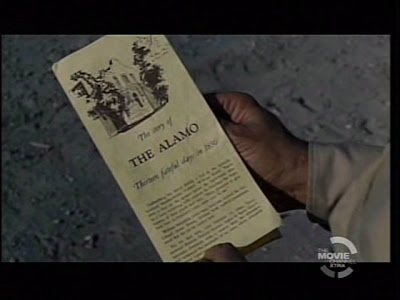 A late-60s vintage Alamo brochure. I used to have one of these as a souvenir when I was a kid. 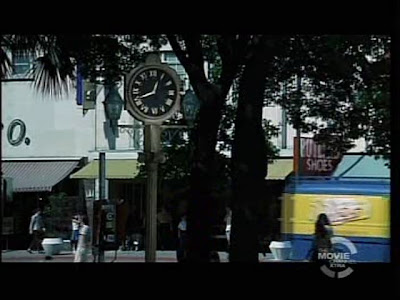 Downtown San Antonio, across the street from the Alamo. Probably about the same place that they have all those tourista places now. 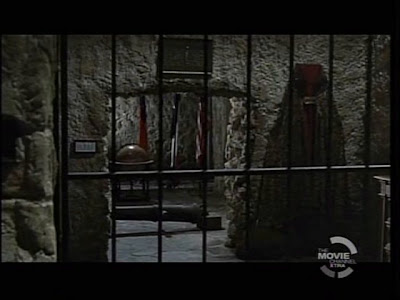 Inside the "Alamo." This was a stage set, however. Filming was not allowed inside those hallowed grounds. Inside shots like this were (to my knowledge) filmed on stage sets in Italy. 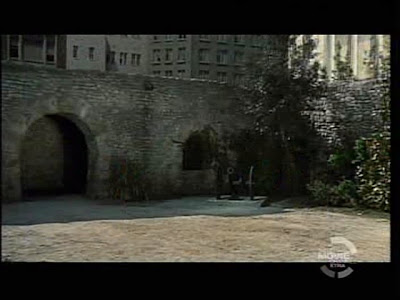 Not sure exactly how they did this one. Inside the grounds scenes were filmed at the Alamo Village near Bracketville. The buildings in the background were dubbed in with filming tricks, I guess. 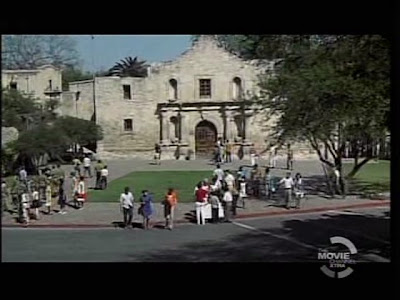 And...the Alamo itself, with lots of tourists. 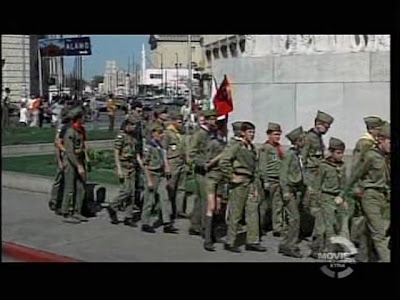 A Boy Scout troop that winds their way around the cenotaph.

I'll post more of these soon, I think. There are lots of other interesting shots.
Posted by AlanDP at 8:40 PM