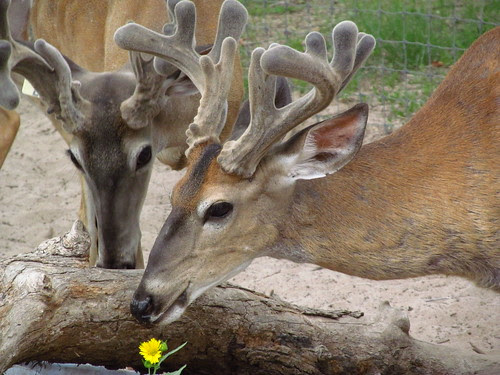 I had to go feed the deer today, and took some photos while I was there. I think this is the best one. More at my Flickr photostream.  Also one photo of a squirrel who sneaked in to grab a couple of bites of that sweet, rich, high-protein buck feed.

I saw something today that was not able to get a photo of.  I took a walk around my dad's tank (pond for non-Texans) and spooked a young killdeer out of the grass.  He was apparently not quite able to fly.  I tried to get a shot of him, but he was too fast and wily for me.  That's the first time I've ever seen a young killdeer.
Posted by AlanDP at 4:24 PM