Some time ago I had posted about buying Rhonda Vincent's newest (at the time) album Taken.  I got an email from Amazon a few days ago notifying me that she's releasing a new album later this month--which I intend to buy also, and I got curious about her back catalog.  I really wouldn't mind getting all these albums because I like her music so much, but that isn't the point of this post.  I don't know what the point is, really, except to point out that there has been a definite evolution in her appearance through the years.

She started out as a member of her family's band, called The Sally Mountain Show.  They're still around, although they perform without her now most of the time since she's gone solo.  Here's an album of theirs from 1986 with her pictured in the center holding the fiddle.  She's a multi-instrumentalist, so she isn't always pictured with the same instrument. 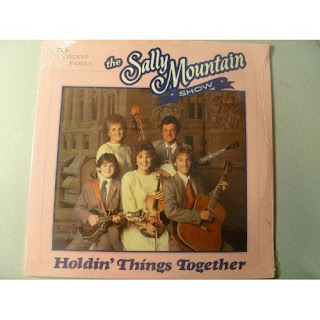 The next one is from 1990. She looks the same; even looks like an identical hairstyle.  I'd say both of these photos make her look something like a pretty deacon's wife dressed up for Sunday morning church. 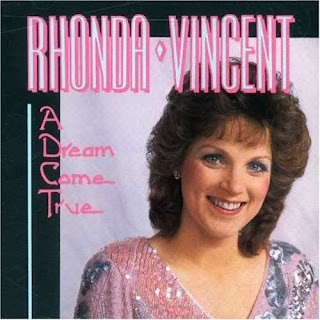 One year later, same look. This album was released with her family band although she had just begun to go solo. 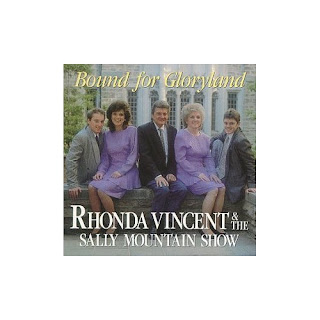 This was released the same year, 1991, so understandably she still looks pretty much the same. 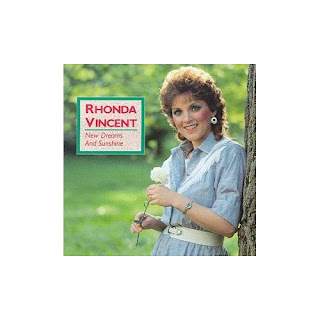 The next was also released in 1991--three in the same year. Okay, so something has changed a little. The denim clothing and a not-so-carefully-coifed hairstyle has her looking much more relaxed, although still quite, how shall I say, wholesome. 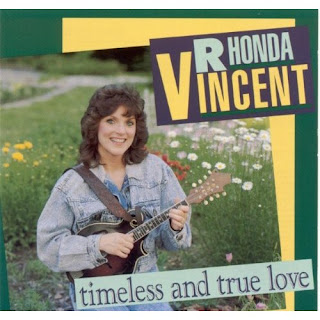 1993, and something has certainly changed. Her hair color has gone from brunette to auburn, and there is a noticeable addition of vividly-colored lipstick. I'm not saying she wasn't wearing it in the previous photos, it's just very prominent here. And the style of photography has changed her appearance from pretty to sexy. 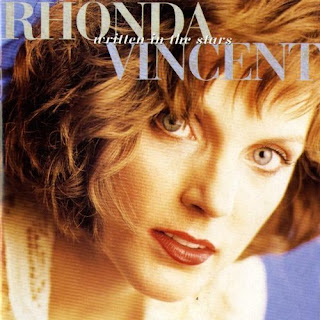 Then from 1996. Gone forever is that tightly-managed 80s hair, although it's hard to tell if it's still auburn or if she went back to brunette. I notice that the photographer used a shallow depth of field to throw pretty much everything but her face out of focus. Not that there's anything wrong with that. 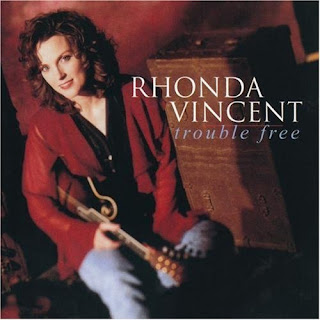 Four years later, 2000. Hair color seems to be almost black and a kind of challenging expression has replaced the stock smile. 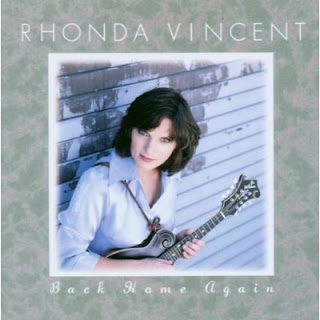 Now in 2001, her hair has gone auburn again. The lighting and the depth of field places all emphasis tightly on her face. A slight over-exposure washes out most of her face but makes her clear blue eyes really stand out. 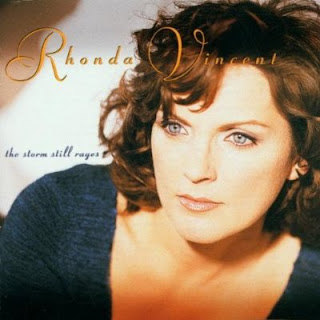 2003. Boom. Noticeable change with this one. Under her jacket is a tight top that emphasizes her bust and shows a streak of tummy. 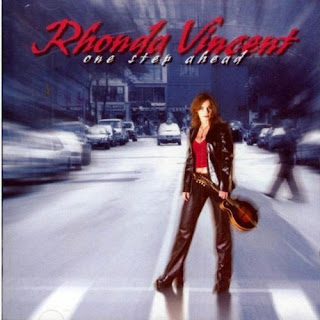 Boom boom. The sweet deacon's wife is nowhere to be found in this one from 2005.  Her hair appears almost tousled, not coifed at all, and although her arm is blocking the view, her plunging neckline leaves much to the imagination. 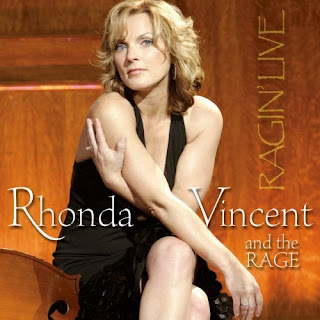 Holy...! From 2006.  An almost wild rock-star mane and a dress that leaves nothing--or everything--to be desired.  She looks like she just put her mandolin down because she's about to ravish you.  Not that there's anything wrong with that.   Bluegrass has come a long way since Flatt & Scruggs. 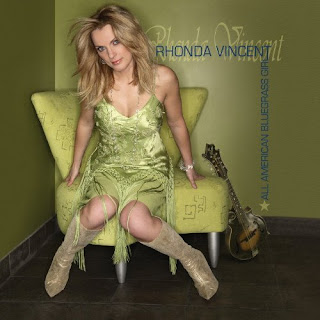 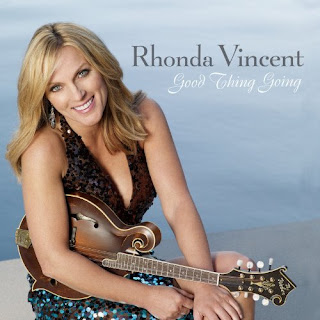 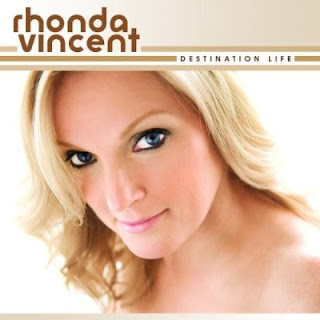 And then...uh...yeah. Okay, from 2010. For some reason this album cover always distracts me. So finally we get to her upcoming album, Sunday Mornin' Singin'.  This is an album of "gospel," or at least gospel-related songs, so I think she has chosen wisely to go back to the pretty deacon's wife look.  A quite demure white dress that almost looks like a very conservative wedding dress. 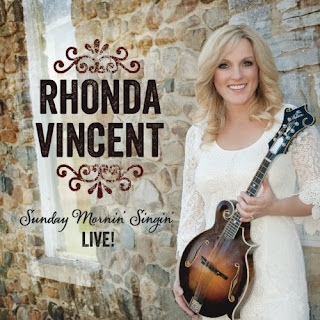 What will the future hold?  I only hope her next album is titled Saturday Night Hoedown.
Posted by AlanDP at 7:51 PM