Quite some time ago I had posted a few screen shots from Viva Max!, a movie that was filmed in San Antonio in 1969.  So here's a more complete collection of screen shots, but I have so many that I'm going to do this in at least 3 posts.

I got lucky and found that it was showing on a movie channel one time when we had some free movie channels for a while due to some promotional thing DishNetwork was running.  This was a few years ago.  I had always been interested in seeing this movie, because 1) it was a comedy about the Alamo, and 2) someone I know was an extra in it.

If you haven't seen it, I recommend it highly because it's still very funny.  It stars Peter Ustinov as Mexican Army Brigadier General Maximillian Rodrigues DeSantos, John Astin as his somewhat sadistic seargent, and Harry Morgan as the cranky chief of police.  Other names you'll recognize are in it, like Jonathan Winters, who plays the owner of a mattress store who is also technically a brigadier general in the National Guard, and character actor and perennial wacky next-door neighbor Alice Ghostly (who thinks the Mexican soldiers are Chinese communists invading the United States).  Oh yeah, Keenan Wynn is also in it.  If you watch it, you'll most likely see other faces you recognize but whose names you don't remember, like this guy, or this guy, or this guy.

Unfortunately, these grabs are not of the highest quality, but I hope that if you still remember San Antonio in 1969, you'll recognize some of these scenes.  I tried to mostly stick with shots that show buildings and signs in the background that could trigger some memories.  Please feel free to leave comments about any of these photos.  Click on the pictures to see larger versions (but not a whole lot larger). 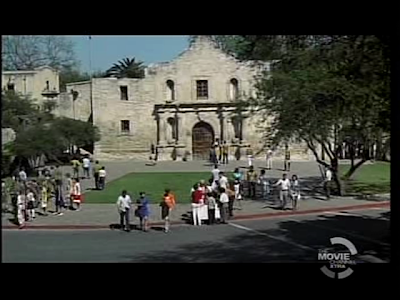 Just the Alamo itself with some tourists milling about in front. 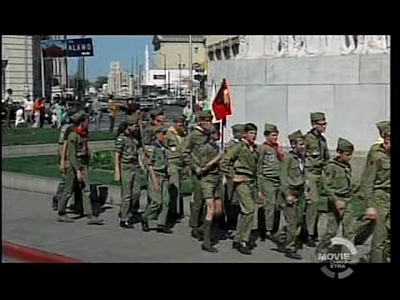 Boy Scouts walking in front of the cenotaph. 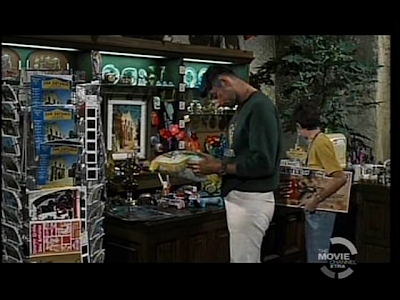 The Alamo gift shop.  The guy in the foreground is one of the Mexican soldiers in disguise wearing a Baylor t-shirt.  I always wanted that play set that the kid is holding. 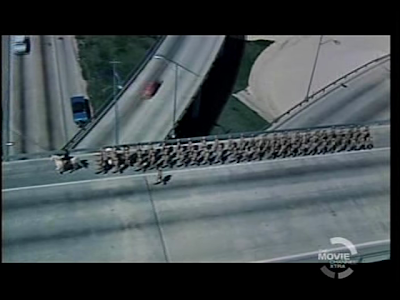 The General is riding his horse at the front of his column of soldiers, marching down the overpass of one of the freeway interchanges.  Based on how the story goes, this should have been IH35. 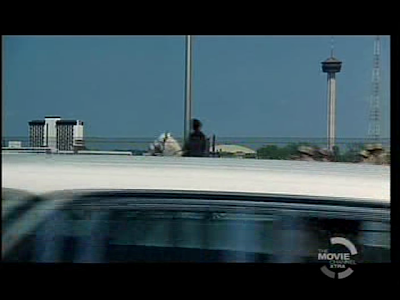 I managed to get this shot showing the Tower of Americas in the background. 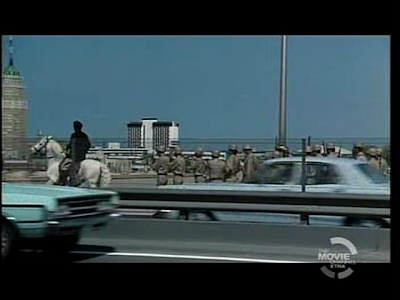 Another shot taken right after the previous one, with some familiar buildings in the background. 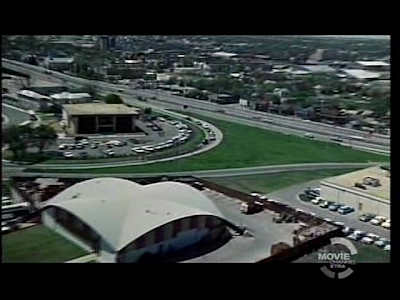 What is that domey-looking building? 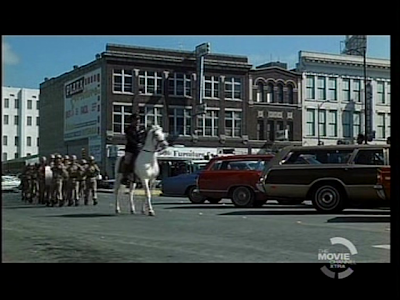 Downtown as they approached the Alamo. 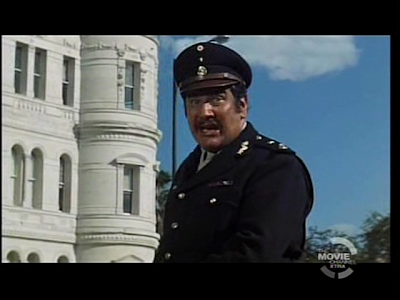 A shot of Peter Ustinov with some building in that background that someone else who is more familiar with the downtown area can probably identify. 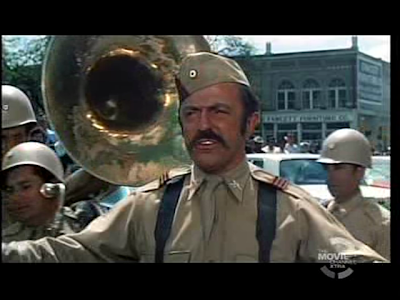 John Astin with Fawcett Furniture Company in the background.  What's that tuba doing there? you ask.  The army group had its own brass band.  They played the same piece of music everywhere they marched.  It was written just for this movie, and was called the "Viva Max March."  We played it for one of our half-time shows when I was in high school band.  Here it is on YouTube.


And here's a clip with Jonathan Winters, just for fun.