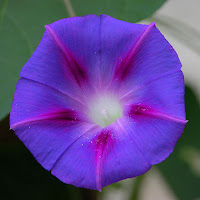 Francis Crick, the Nobel Prize-winning father of modern genetics, was under the influence of LSD when he first deduced the double-helix structure of DNA nearly 50 years ago.

The abrasive and unorthodox Crick and his brilliant American co-researcher James Watson famously celebrated their eureka moment in March 1953 by running from the now legendary Cavendish Laboratory in Cambridge to the nearby Eagle pub, where they announced over pints of bitter that they had discovered the secret of life.

Crick, who died ten days ago [2004-07-28], aged 88, later told a fellow scientist that he often used small doses of LSD, then an experimental drug used in psychotherapy, to boost his powers of thought. He said it was LSD, not the Eagle's warm beer, that helped him to unravel the structure of DNA, the discovery that won him the Nobel Prize.

Full story here. Old news, but I just discovered it. Interesting, if true.
Posted by AlanDP at 9:01 PM