Don't look at the light! 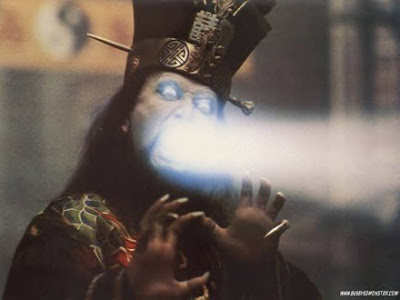 I watched Big Trouble in Little China again tonight. Who knows how many times I've seen this movie. It remains one of my favorites, and I'm sure I'll watch it again sometime.

My daughter has, unfortunately, grown up in the age of remakes and sequels. When the movie ended, the first thing she said was, "Did they ever make a number two?"

"No." I told her as I tucked her in. "All the best movies never have sequels."

"So it just ended with a mystery with that monster climbing up from under his truck?"

"Yep. It's just a mystery, what happens next."

And the last thing she said as I turned out the light: "They gotta make a number two!"
Posted by AlanDP at 9:29 PM