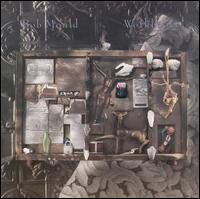 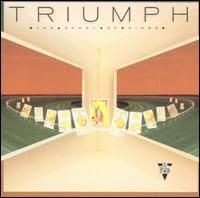 Ripped the Bob Mould CD that I had somehow missed before. This was his first solo piece after Hüsker Dü split up. The Sport of Kings is not my favorite Triumph album, but right now it's the only one on a dubbed cassette that I can easily digitize. Triumph was always pretty big around here, thanks mostly to a DJ and music promoter named Joe Anthony who used to work for the radio station KISS in San Antonio. He also worked pretty hard to promote Rush around here, back before they were really famous. All of my other Triumph albums are older than Kings, and I'm not really interested in anything that came after it. 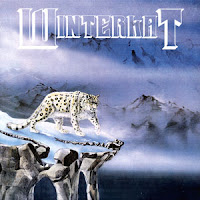 Winterkat, who were basically a Triumph sound-alike. I have their only album, an EP-length record with five songs. It's apparently sort of a collectible now ($34.99!). I think I paid something like $5 for it at Stage Door Music in Seguin. Or was it free? Well, I know I didn't pay much for it. That was a music store that carried instruments and so forth, they didn't usually stock any albums, but there was a push on to give Winterkat some publicity so the proprietor there put some of their albums out and told people about them. I think all of its members went on to other bands and are still in the biz.

I've been going through my entire library and snagging all the album cover art thumbnails I can with Winamp. The ones that I can't get via Winamp I'll probably snag from Amazon or somewhere. It's good pipe-smoking work.
Posted by AlanDP at 10:49 AM