What is fusion, anyway?

Today I finished work early enough to hear the last hour or so of the lunch time special on KRTU. This week's focus has been on various "jazz fusion" musicians and groups. Today I got to hear some Pat Metheny, which is always nice and unusual on KRTU since they usually stick to more "classical" jazz. So it reminded me that I thought I had some dub tapes of Metheny. I found one of them and converted them to mp3 today. I also logged back into yourmusic.com and checked my queue, and yes I have already added several of his to the queue so I'll be getting the CDs before too long.

Ripped today was American Garage of 1980 and Offramp of 1982. Now these are both dubs of records, so the quality isn't up to CD-level, but they will get me by for now because they still sound pretty good. I know I used to have a dub of As Falls Wichita, So Falls Wichita Falls also, but haven't been able to find that one. All three of these are in the yourmusic.com queue, as well as Pat Metheny Group's eponymous debut album. I also currently own CDs of the Group's Still Life (Talking), Metheny's Secret Story, and the album Question and Answer that Metheny made with Dave Holland and Roy Haynes. Still Life is one of my favorite albums.

It seems to be a quirk I have of being able to remember the place and circumstance of almost every book and music purchase I have ever made. I didn't purchase these exactly, but I should still be able to remember from whom I got the albums to create the dub tapes. But I can't. I have no idea who owned these records from which I made the tapes. It strikes me as quite strange. It must have been sometime around the very late 80s or early 90s, but I just can't remember.

Well, I've been trying to think of something clever or at least intelligible to write for the next installment of the Digital Collection (tentatively subtitled "If you want to get into it, you've got to get out of it"), but since nothing much has come to me I've just been putting it off. Also I'm trying to think of another book review. I've already picked out the book, and it relates to music, I'm just trying to think of something interesting to write about it. I looked for it on Amazon today and discovered it's another book of mine that has become a collectible, with used prices starting at $66. Here's a sneak peek at the cover. 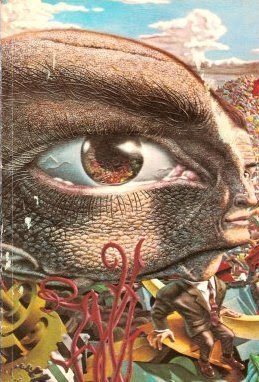