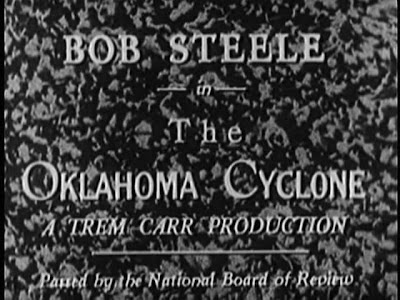 The Oklahoma Cyclone, 1930.
Think of singing cowboys and you think of Roy Rogers and Gene Autry. But before either of them, there was Bob Steele. 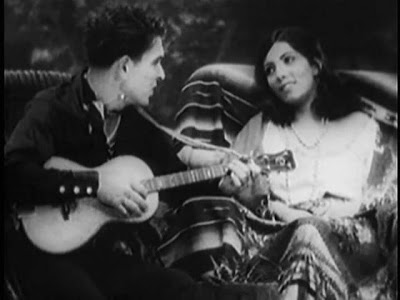 Who, by the way, eschewed the guitar for the baritone ukelele.

Now, a word of warning. I am not a film critic. I am only someone who, for reasons yet to be conclusively determined, enjoys watching westerns, including very old westerns (any "western" starring Sharon Stone is out--I'm not interested). I am not interested in the technical aspects of filmography, although I'm sure I would be the first to point out a boom mike swinging into the scene. I am more interested in the stories they tell, the dialog that is spoken, how guns are used and misused, and what ever became of some of the obscure actors who appeared in these movies. I do not write blog posts like this to show off knowledge; in fact, I write them to educate myself. So, you were warned. 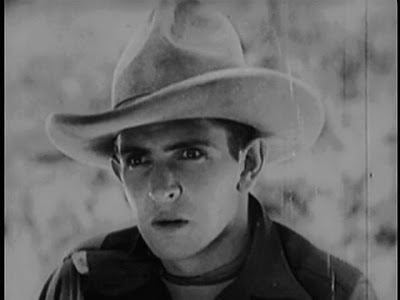 Steele's real name was Robert Bradbury, Jr., and he was the son of a director. He began his career using his real name, and later changed his nom de performance to Steele. 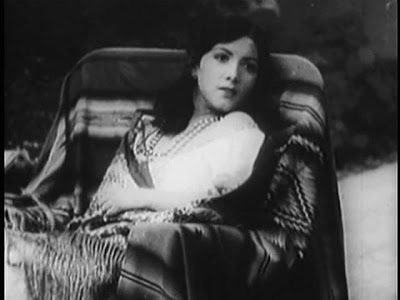 This movie also stars the sultry beauty Rita Rey as Carmelita, who made three movies during 1930 and '31 and then vanished from the face of the earth, although I suspect she may have just gone back to Mexico or whatever other Spanish-speaking Central or South American country she was from. It's too bad I can't show it in these still pix, but in almost every shot she is heaving. I mean, as in heaving bosoms. Heaving, I say. I am not saying she was overly-endowed, I'm just saying that she seemed to make it a practice to breathe from her chest. Heaving. 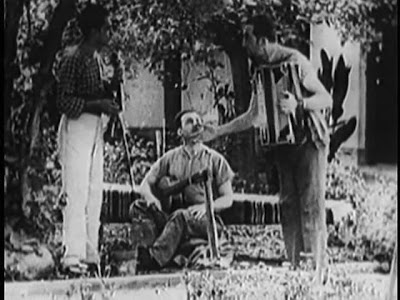 She also came with her own band. Why? I don't know, they just seem to turn up at opportune moments.

But I suppose I should mention the story. Steele plays a character who is using the obvious alias of Jim Smith. It opens with Smith outrunning a posse and managing to fall in with an outlaw gang led by a notorious badman called the Black Diablo (Charles King). One of the outlaws, called Rawhide (Slim Whitaker), suspects that Smith is not what he seems, but he is kept in line because the B.D. believes Smith is okay. Another outlaw named Slim (Al St. John), one of those outlaws with a heart of gold, befriends Smith even though he suspects Smith is not really who he claims to be. Smith passes himself off as another semi-famous outlaw called The Oklahoma Cyclone. In the final minutes of the movie the true story is revealed: Jim Smith is really Jimmy Henderson, whose father is a lawman who was captured by the Diablo and is being held in captivity with failing health. Smith set himself up as a fake outlaw in order to infiltrate the Diablo's gang and find his father. 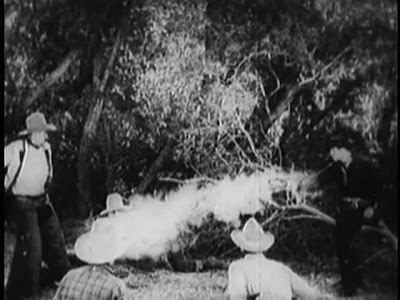 The guns of this movie aren't really interesting, but that's pretty much the norm for all these old movies in my experience. Handguns are Colt Peacemakers, and rifles are Winchesters (probably 94s). There are no rifles in this movie, only Colt revolvers. But remember this is 1930 and look at all that smoke! You can also see that it appears Steele is firing into a clear spot on the ground next to Rawhide, although he is allegedly shooting the gun out of Rawhide's hand. 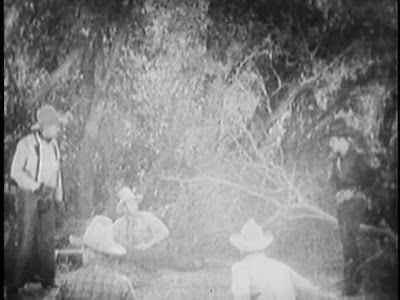 Several seconds later, and the smoke still hasn't dissipated. If you watch the movie, you can see that the smoke is blowing toward the camera. 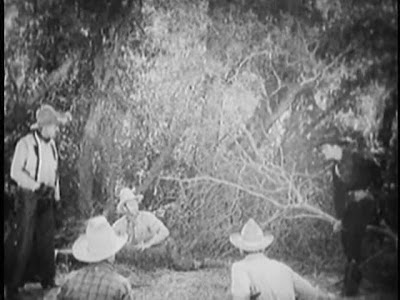 Several more seconds and there's still smoke. It takes about 20 seconds for all the smoke to clear. To me, this is saying that those blanks are loaded with black powder! Cool. 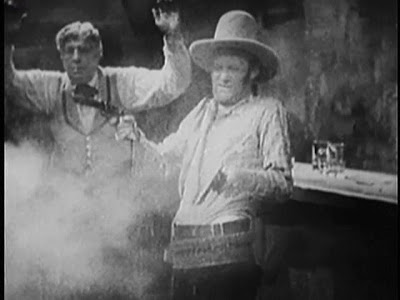 The final scenes are the climactic gun battle during which it appears that Smith/Henderson is going to get shot, but Slim backs him up and turns against the other outlaws. Black Diablo shoots Slim as Slim shoots B.D. More smoke! 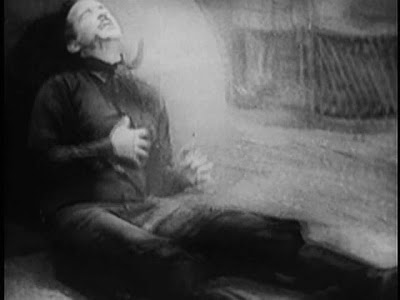 Here's Black Diablo doing the standard clutch & keel that you see in a lot of these movies instead of what I would consider a real reaction to being shot in the chest. More smoke. Several shots were fired in this scene, and it looks to me like there was so much smoke in the air that they stopped and started over again after it had cleared out. At one point you can hardly see any people because of all the smoke. 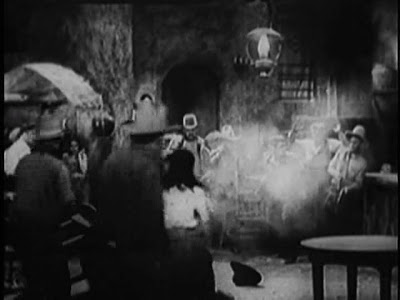 Smoke. And the real posse arrives just in time to see Slim get shot. 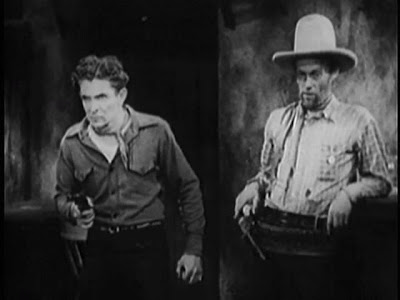 The final scene is, I must say, one of the most chilling death scenes I have ever seen in a movie of this sort. You can see a small entrance wound on Slim's stomach, a couple inches above his belt and near his left hand. He backs up against the bar as the guns slip from his hands. He reaches up and scratches his head, knocking his hat off. 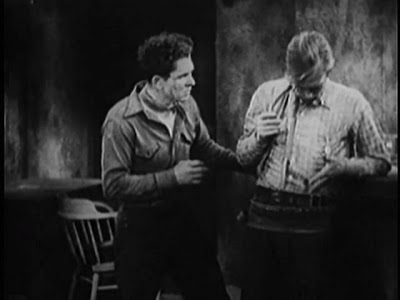 Then he brushes at the wound dumbly, as if trying to brush away a bit of dust before slipping to the floor and saying a few final words to Smith/Henderson and dying. This seemingly strange reaction--brushing feebly at his wound--rings true to me. And that's why I said it's one of the most chilling death scenes I've ever seen in an old western.

There isn't all that much truly terrible dialog, and I'm a big fan of stupid script. At one point someone says, "I'm swaying like a drunken female," and that's about the dumbest thing anyone ever says. The very first line of the movie is, no kidding, "Go around. Head him off at the pass!" I don't know if that was the birth of one of the most enduring western movie clichés ever, but it had to be one of the first times this line was used.