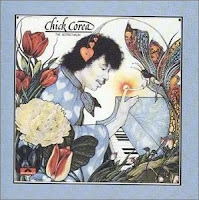 Today was a busy day. After a quick run into La Vernia, I then went to the Floresville Wal-Mart and bought a bike. I've really been wanting to get a bike since we got the kids' bikes for Christmas a while back. I was looking for one with a specific feature: a seat which could be easily adjusted without tools so my wife and I can both ride it (although, of course, not simultaneously).

That done, I came back home, aired up the tires, gave the brakes a quick test and then rode it down the road a little just before it started raining again. Then I dug into the old shed--and this was a real job, I was soaked with sweat even though it was raining--that shed is like an oven. Anyway, I dug into there to get out the old cross-country skiing machine. It's been stashed in there for more than 10 years, and I was shocked and surprised that I was able to 1) find all the parts, 2) reassemble it without instructions, and 3) find that it still worked the way it did when it was new. I don't have any use for such a machine myself (anymore), but my wife says she wants to use it again. We do actually have room for it now, in this house. The reason it was stashed away was because before my daughter was born and we were making room for her and so forth, we realized there was no place to put the skier anymore. Like I said, plenty of room now.

And the bike? I didn't really buy that for exercise either. Just for fun. I enjoy bike riding. And I think if I'm out there riding, it will encourage the kids to ride their bikes more often.

After that I did some cleaning up on the computer. First I cleaned all the ventilation ports for the laptop with pipe cleaners and a dust buster. The filtering software that removes pops & clicks puts such a load on the microprocessor that the computer sometimes shuts down to prevent overheating. This was getting to be annoying, also I'm sure it's not good for the computer. But after cleaning out all the little holes today I was able to run a whole 8-track album through it at once without it shutting down. I also cleaned out the keyboard while I was at it.

Then I did some "cleaning" in that I rearranged some files & directories, finished up some albums that were all in various states of incompletion, and at last decided all was caught up and ripped two more records. Which brings me to the current record, which I actually ripped long ago but lost track of it because I was doing too many things at once.

Another album that I bought used, probably from Yesterday's Warehouse, which was a place in Seguin that mostly sold used books but also records and a few other curiosities and antiquities. This is the only Chick Corea album I have, although I do have a couple CDs lined up in my yourmusic.com queue.

From 1975, when Corea was working with his fusion group Return to Forever, this record was something he did on his own as a "leader" project (that is, instead of being in a "group," he was totally in charge although accompanied by other musicians, and he composed and arranged all the music himself). The music from The Leprechaun is also leaning pretty obviously toward the fusion side of the genre, occasionally wandering briefly into narrow side-trails of pop, jazz and if I'm not mistaken, even a couple of hints of classical.

There aren't any pieces on this album that are particularly ear-catching, but I think it's a decent example of what was happening to jazz in the mid-70s with some of the more forward-looking artists like Corea, and it has some good synthesizer work so you can hear what the state of the art sounded like in 1975. Instrumentation on this album is all over the place. Acoustic and electric bass (on different tracks), soprano sax, flute, English horn, a string quartet, a brass section (trombones & trumpets), and two singers (one male and one female). Corea himself plays a variety of keyboards: acoustic piano, Rhodes piano, organ, various synthesizers and several conventional percussion instruments.