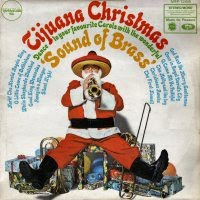 When the time is right, I do enjoy listening to Christmas music, but not all "Christmas" music. I avoid like the plague that station that starts the week of Thanksgiving and flogs it to death 24 hours a day until the new year. If you live in S.A., you know which station I'm talking about. If you don't, then chances are there's a station in your area that does the same thing. Yeck.

When it comes to traditional Christmas music, I'd rather hear it performed by highly practiced, highly polished choirs or orchestras. I'm really not interested in Christmas pop/rock/country tunes. They just bore me.

Jazz treatments of Christmas music are another matter. Especially if they are musically valid enough to stand up to listening at any time of the year on their own merit, regardless of the traditional season that our culture has pigeon-holed them into. And although they seem to be less common, there are some "new age" artists who have tackled the Christmas music sub-genre. I'm probably not stating my opinion very well, but it seems that I have no taste at all for tired, rote recordings of such songs by pop/rock/country artists, who expect us to love the music just because suddenly our favorite pop/rock/country artist has recorded it. I want to hear such music either in a purely classical and unchanged fashion, or I want to hear it in a newer, more alternative way that will get me to hear something new in the old songs that I hadn't noticed before.

Tijuana Christmas is not your typical Christmas album. Liner notes:

Christmas is the most joyful festival of the Christian year, when we celebrate at the same time the turning point of the winter and the new hope that was brought to men with the birth of Jesus. Christmas is a time when we make up for the bleakness of the weather outside with the warmth of our spirits, and it is no coincidence that the songs which have come to be particularly associated with Christmas should be carols, which have always been the most cheerful and often the most secular of Christian songs.

On this record you find your favourite carols in an unfamiliar guise–we’ve called the album ‘Tijuana Christmas’, but you will find the mariachi sound taking on a richer and more varied flavour as the Toreo Band bring out the charms of our most beautiful carol tunes in imaginative brand new arrangements. ‘The Holly and the Ivy’ sets the pace with a bright, sparkling beat that even adds to the gaiety of one of our oldest and liveliest carols; ‘Silent Night’ a much more recent and a more devout carol, is given a quite contrasting treatment, slow and tender. ‘Hark, the Herald Angels Sing’ sets off again at a brisk, bouncy pace–and if you feel like dancing, why not? It may come as a surprise to you that our oldest carols used to be dances, and that the word itself described a form of circular dance.

In the preface to the Oxford book of carols you will find carols described as songs with a religious impulse that are simple, joyful, popular and modern. You’ll never have heard them sounding more joyful, popular or modern than they do on this exciting and original L.P.

I haven't been able to find much information about the band who recorded this album, but it falls into the same flavor of music as Herb Alpert & The Tijuana Brass, if that helps. You can read more about it and download the whole album at Forgotten Albums. Just do it. You don't even have to thank me.

The mp3s at the link above were ripped from vinyl and therefore include a few pops & clicks, but don't let that bother you. It certainly doesn't bother me.
Posted by AlanDP at 8:47 PM