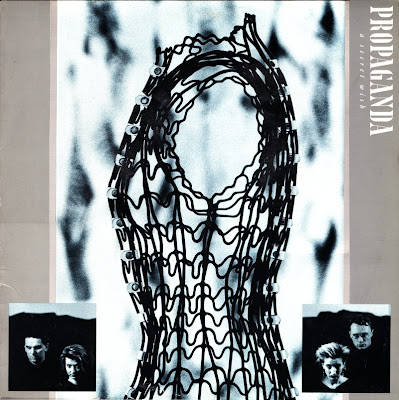 NOTE: Not to be confused with a Serbian band of the same name.

This is another one I've mentioned before, but I list it again now because I've finished ripping it from the vinyl instead of just my old dupe tape of it.

As I said before, a single copy of this record turned up at the Hastings in Seguin and it sat there on the rack tantalizing me for a while before I broke down and bought it. After I bought it, it never showed up again. So apparently I bought the only one they had in the store. They never had the CD version there, either.

This is another one that I will put on my list of favorite albums if I ever get around to making one. It's German synth-pop, so YMMV. It has a great rendition of Poe's "A Dream Within a Dream" and the whole album is just great.

Interesting reading about them at Wikipedia. It's a real shame that their fame was possibly eclipsed by Frankie Goes to Hollywood--what a waste. "They" later made one other album but it really had only one original member on it, and without Claudia Brücken singing it just wouldn't be the same, so I'm not interested in it. I would be interested in hearing some of her stuff after she left this group.