Afterthought on "The Shrieking Madness"

Although when I was younger this was something that never really occurred to me, but as I became a more "mature" reader I started noticing it more and it bugs me just a little. And it's this: although writers go to a great deal of trouble to describe the things characters are seeing and hearing, they rarely describe what the character is smelling. This seems odd to me since odors are more likely to produce stronger emotional and memory triggers than anything else. That said, I want to point out a couple of lines from the Scooby-Doo episode in yesterday's post.

The villain creates a Chargargothakon (Cthulhu) mask and uses actual octopus tentacles. This has the side-effect of leaving behind a very disagreeable odor, which the kids notice as they are examining books that have been handled by the villain (side note: the odor of books is even more rarely mentioned than odors in general). At one point early on, Daphne notes: "it smells like old clam chowder being gargled by a seal." This sounds humorous, but in my opinion, humorous fiction often has an edge over "serious" fiction in that it is not limited to "sounding serious" in its descriptions (see Terry Pratchett). Later on, Fred gives an even funnier and very exemplary description of the odor: "it's like a baboon smoking a cigar while bathing in a bath of moldy tuna and curdled ranch dressing." FANTASTIC DESCRIPTION, FOLKS!!!

Another line that really cracked me up was given by H.P. Hatecraft as he confessed that he didn't really believe in the monsters he had created: "I made the whole thing up to sell books, and...to gain lucrative access to the world of plushy monster toys."

Here are more screen caps showing the great macabre artwork that went into this episode. Most of it not recognizable to me as any specific Lovecraftian monster, but I still like it. 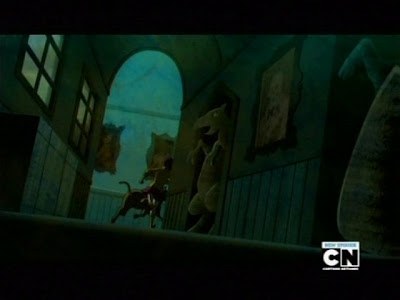 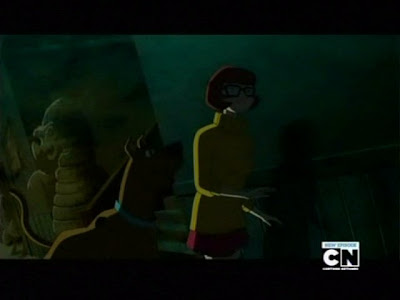 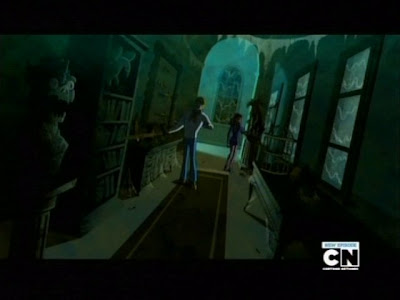 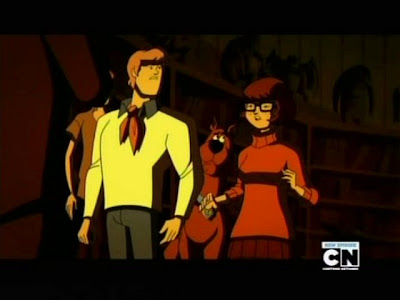 Is that a penguin? 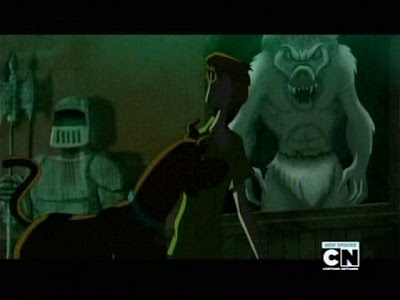 The Beast in the Cave? 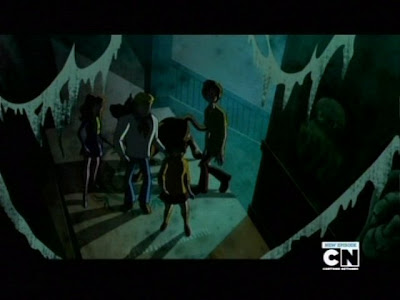 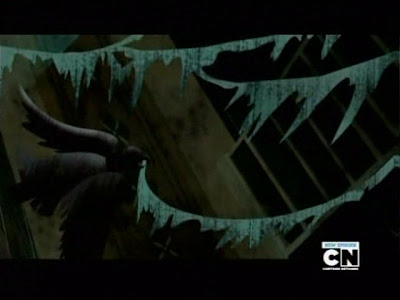 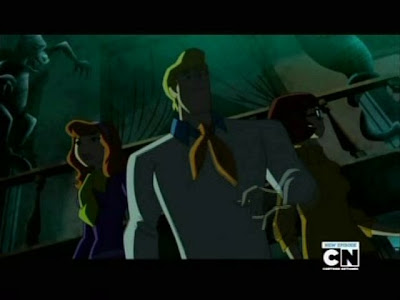