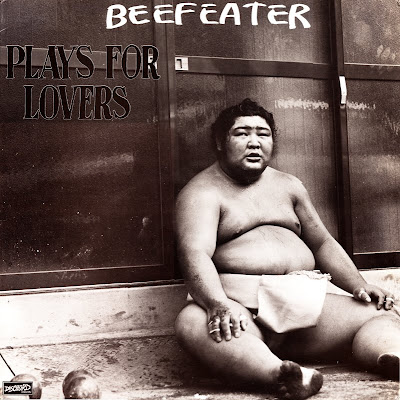 I don't know how I came to choose this album but I'm pretty sure I ordered it from one of those punk/trash/metal mailers I got back in the 80s. You may remember that I posted the cover art several weeks ago as another example of "weird" cover art (quoting myself). So here's my take on the music itself.

Wikipedia lists them as "post-hardcore." There must have been something good written about them in the brochure I received but I don't remember it. Their lyrics are typical collectivist, we're-so-hip-because-we-hate-ourselves-and-America-in-general bullsh*t.

Two songs only are worth hearing. One is a cover of Hendrix's "Manic Depression" which has a very poignant and jarring ending as hardcore guitar fades away to a woman singing the first stanza of "Amazing Grace." The other is "Fred's Song," which is performed only with vocals and one guitar and is someone complaining about how messed up he his with numerous aches and pains after slam dancing, and it's kind of amusing.

Other than that, forget about it. Not worth wasting time on, unless you're one of those.

Ripping results: pretty near perfect, but so what?

It's available on Amazon but if you're interested you can look it up yourself. I'm not going to link to it. Yeah, I really hate this album.
Posted by AlanDP at 9:20 PM