Alt title: When I get too old to watch cartoons, I'll be dead.

I have long wondered/fantasized about what would happen if those meddling kids ran into a Lovecraftian horror. Well...BEST SCOOBY-DOO EVER!!!

In case you haven't been watching it, Scooby-Doo! Mystery Incorporated is the latest iteration of the Scooby-Doo franchise. It airs at 6:00 PM central time Mondays on Cartoon Network (and on ToonWest at 9:00 PM central, you can still catch the late show), and reruns at various times during the week. In my opinion, this is the best variation on the theme since the original series (with What's New, Scooby Doo? a close third). Anyway, tonight's show was a "tribute" to H.P. Lovecraft. Unfortunately I couldn't read the credits; they roll them with ads for other shows taking up most of the screen so I couldn't see who did one of the voices. Some screen caps. 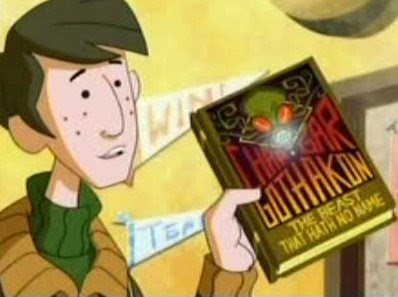 I saw this at the beginning and my heart lurched into my throat. Could it be?! 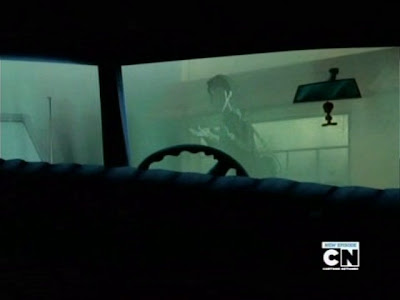 A quick nod to Warner Brothers, who ran the original Scooby-Doo, Where Are You? A Tweety-Bird mirror hanger. 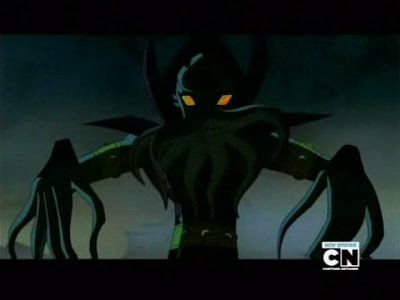 When this came on I knew it was happening, and my son yelled, "Cthulhu is on Scooby-Doo!" In this episode, the monster is called Chargargothakon. 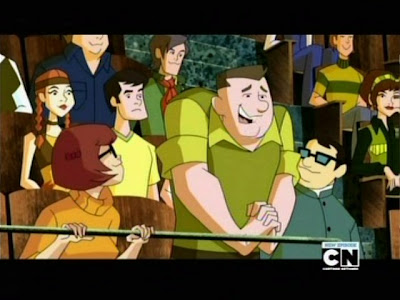 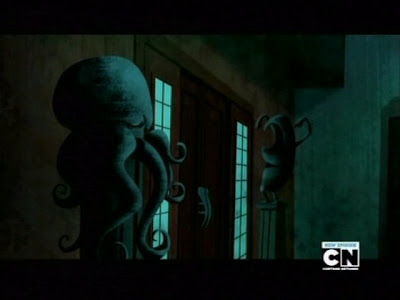 The inside of Hatecraft's home. 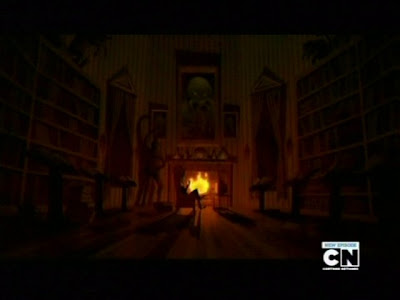 Hatecraft in his library/den with a portrait of Cthulhu over the fireplace. 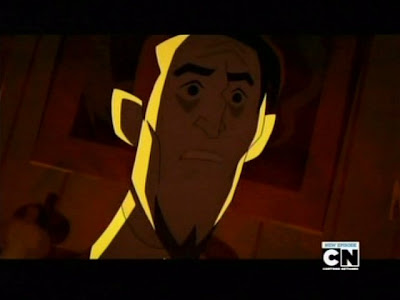 H.P. Hatecraft himself, voiced by the great Jeffrey Combs. 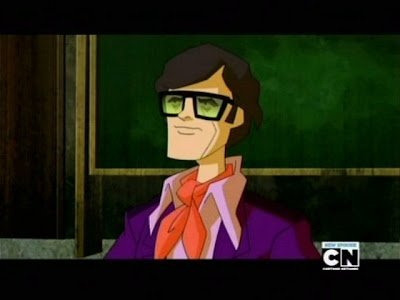 And Harlan Ellison. I couldn't tell who was doing his voice. Sounded kind of like Brian Doyle Murray. Was it Ellison himself? That would be totally cool. 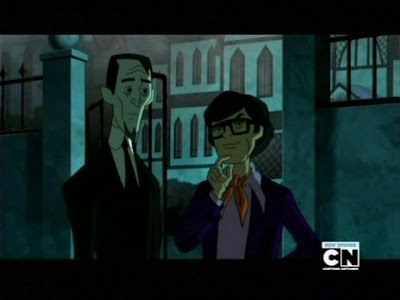 Hatecraft and Ellison, pondering writing a new book together. The show was full of sci-fi/horror in-jokes, especially related to Lovecraft. Also extremely funny was when Ellison sarcastically reamed out Shaggy for saying "like" all the time.

The best 30 minutes of TV I've seen in a long time.

P.S. In case you're wondering why I recorded it if I didn't already know what it was about--I always record it in case I don't get to see it when it airs.
Posted by AlanDP at 8:01 PM