A couple more from Juice Newton 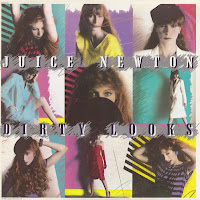 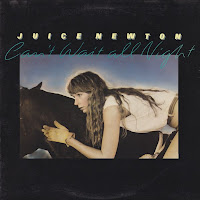 I know I mentioned some time before that her first solo album to be noticed*, Juice, is one of my all-time favorite albums and has been since it was released when I was in high school. I also like her second album, Quiet Lies, although not as much.

These were her next two albums, and unlike the first two which I bought on cassette, I got these two on LP. I like both of these less than the first two but there are still certain songs on each that I will put on my general favorites playlist.

Both are still in print, and you can even buy Can't Wait as an mp3 download from Amazon, although Dirty Looks is available only as a double packaged with her following album, Old Flame. I was dissatisfied enough with Dirty Looks that I lost interest and quit following her after that.

Both rips were not completely perfect, but pretty close.

*Juice was actually her sixth album, but she had never had any radio hits from any of her previous albums, and Juice is when most people--including myself--suddenly noticed her.
Posted by AlanDP at 4:56 PM