Man of Constant Sorrow and Other Timeless Mountain Ballads 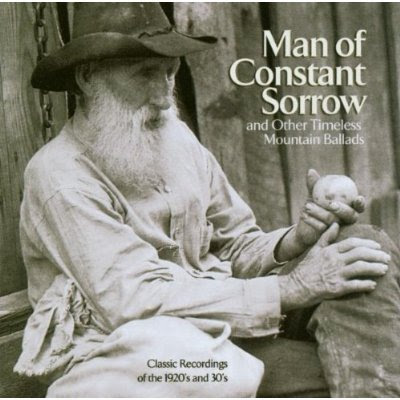 A while back I was reading an article about the current state of "country" music, I don't remember where now, and this album cover was used at the top of the article. Unfortunately, the guy who wrote it spent his whole time ranting (justifiably, in my opinion) and never even mentioned anything about the album pictured.

So I looked it up at Amazon and it looked very interesting. I recently got it--having waited until I could order enough stuff at once to get free shipping. This is one I wanted to get on CD instead of just downloading because I wanted to get the booklet with any possible further information it might have.

Unfortunately, it doesn't have much, mostly just a blurb about how great the album is. However, it does have some photos of some of the people who recorded these songs.

The album is comprised of 20 tracks recorded by people who were probably not professional musicians in the usual sense, but that is not a comment on their talent and skill, I mean only that they didn't make a living by playing music.

These songs were originally recorded on 78 rpm records during the 1920s and '30s. One notable thing is that it also includes the first ever recording of the now popular "Man of Constant Sorrow." They cleaned up the old 78s quite a bit, but there is still some slight noise now and then, and of course they are monophonic.

I had never heard of any of these people before, and I'm familiar with only a few of the songs, and even those are quite different from any other versions I've heard.

Here's one of the photos that I like quite a lot. Earl Johnson (far right) and Family, 1915. Listed as Earl Johnson and His Dixie Entertainers in the track list. They do a version of "John Henry" which is titled "John Henry Blues." 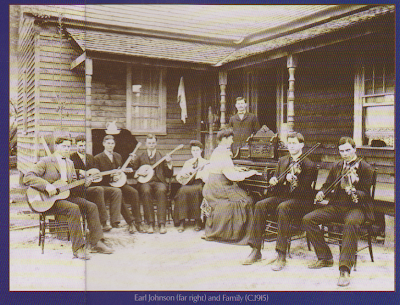 Unfortunately, I haven't been able to digest the whole thing this evening as I had planned, because I've had to do some online preliminary shopping for a new cell phone. The females in my family seem to have a bad problem with destroying phones (both cordless and mobile) by getting them wet. So it looks like I'm going to pass the two cheapest phones down to wife and daughter, and get myself something nice and new. Maybe that will teach them to stop flushing phones down toilets and jumping into swimming pools with them, but I doubt it.

You can download the mp3 version for about $9, or buy a used CD pretty cheap. I got mine new because I love fighting through all that plastic wrap so much.

I think I'll have to do some research on these people and see if I can find out more about who they were. It should be interesting.