Cleaning out the phone

I thought I'd go ahead and clear out some phone pix that have been building up over the past month or so. Not all of these are work pix, but I'll file it under that category anyway. 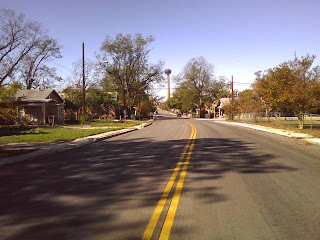 This was taken somewhere on the east side on November 16.  I don't remember what street I was on. 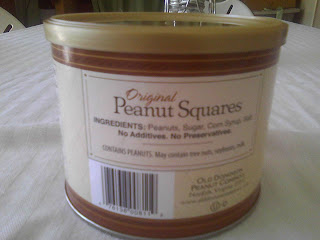 This one is from Thanksgiving Day, so I must have been at my father-in-law's house.  I found it fascinating that Original Peanut Squares contains peanuts. 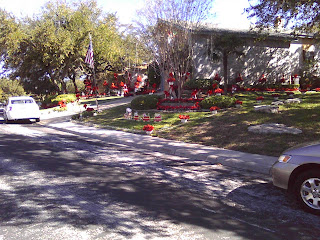 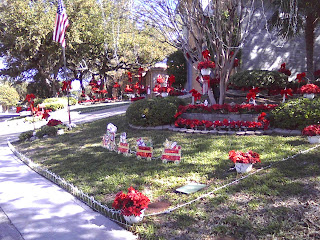 These two pix were from somewhere in the Great Northwest area of the city--probably in that area where all the streets are named Timber something.  I was stunned to see all this red as I was coming up the street and thought a real poinsettia freak must live there.  When I got closer I could see that it was all artificial.  P.S.  You can see the cover of their water meter at the bottom center of the bottom photo.  From November 28. 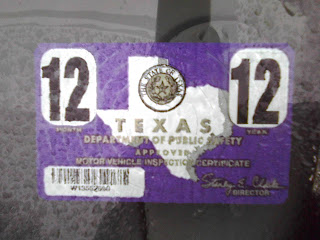 I took this one because, of all the people in my company of employment who should know that new vehicles in Texas don't have to get inspected for TWO years after purchase, it would be the woman who sends out the emails reminding people that they need to get their truck inspected.  I had taken this so I could send it in an email back to her to show her that my truck doesn't expire for another year, because I was tired of being bothered by her emails.  But then the next day they made paper printout copies of all these emails and handed them to us as if we were all imbeciles who didn't know how to check their emails.  I exploded a little bit, because every now and then I can't tolerate being treated like an idiot anymore (also, I had already notified several people both by email and by direct verbal communication about this).  So I don't think I'll need this photo anymore. 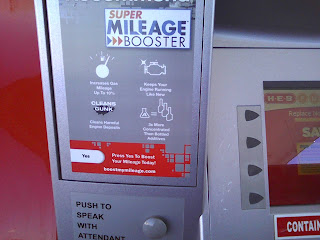 Now why would I take a photo of part of a gas pump at H.E.B?  Take a look at the slightly more close-up bottom photo for a hint. 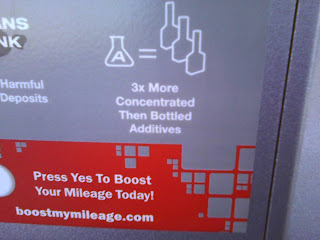