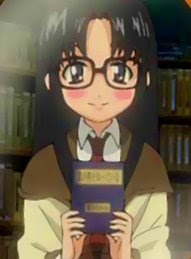 This is what happened today.

While working, I came across a pile of brush and trash along a curb in front of a house. There was one box filled with pocket-sized Gideon Bibles. There must have been 60 to 70 Bibles in that box. Someone was throwing them out.

A few of them were rumpled from being stored carelessly, but the vast majority were still in perfect condition. I felt sick that someone was going to throw them all in the garbage. The garbage truck was making the rounds of the neighborhood--would I make it back in time?

Not just because they were Bibles. Although I probably wouldn't have felt the same sense of urgency if it had been a box full of, say, biographies of Anton LaVey, I still would have tried to save books that were in such good condition. If all else failed, they would be good for trade credit at the local used book store.

I rushed through the rest of my route and made it back about 30 minutes later. The bad news is, the Bibles were gone. The good news is, all the rest of the garbage was still there. So...someone else must have spotted the box and absconded with it. Although slightly disappointed that I couldn't save them myself, at least I feel reasonably sure that they will be put to good use.

And they won't just be part of a landfill.
Posted by AlanDP at 6:16 PM