5 seconds from a food fight 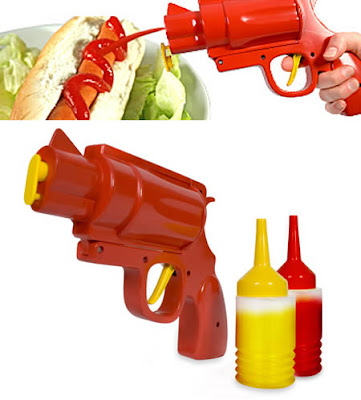 This and other odd Father's Day gifts at Oddee. Any of you who have or have had young children such as I do probably know immediately that putting any such thing on the table would be a horrendous mistake. I think so, and my kids already know that starting a food fight is just about the worst possible thing they could do, short of actually committing murder. Even I am tempted by the thought merely from looking at the picture.

I really could use one of those Pizza Boss things, though. That looks quite useful.
Posted by AlanDP at 7:28 PM