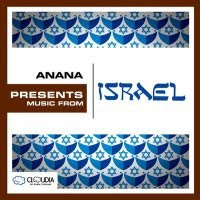 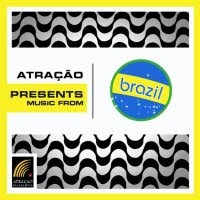 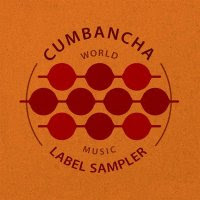 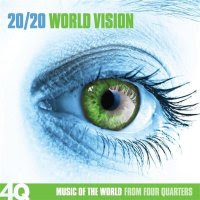 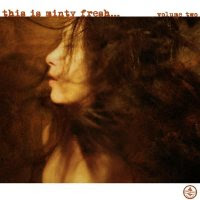 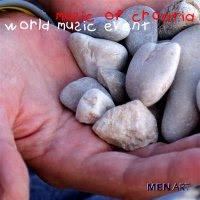 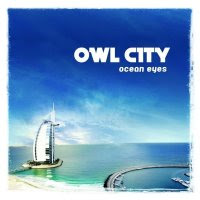 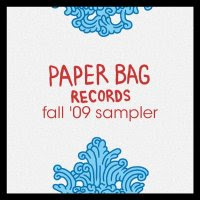 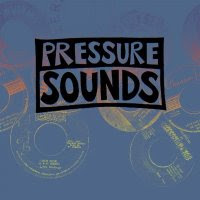 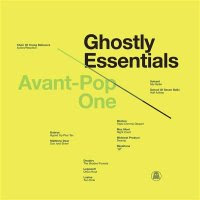 All Amazon free downloads except the one noted. Lots of "world music" this time around.

Recently I downloaded several "Music from such-and-such-country" samplers from Amazon. Most of them don't really give you a good idea of traditional music from that country; rather, they are generally westernized pop music in whatever language that country happens to speak.

Anyhow, the Music from Israel sampler is pretty good--I like it a lot. Only one song in in English, but this whole collection is good. I give it an overall good score of 2.4,* and none of the songs got less than 2. Songs added to my general favorites list are:
Miri Mesika - "Tipa Tipa" (Little by Little) (female singer)
Aya Korem - "Shir Ahava Pashut (A Simple Love Song)" (female singer)
Dani Robas - "Masheu Hadash Matchil (Something New Begins)" (male singer)
Shay Amar - "B'osher Ve'Be'Oni (In Wealth And In Poverty)"
Who'd'a thunk that Hebrew would sound so cool in westernized pop songs?
Final verdict: it's free--go get it.

The Music from Brazil sampler didn't score so well, getting a solid 2.0 overall. But nothing deletable and four new ones for the favorites list. The songs presented are, to my ears, variously a mixture of pop, countryish, rock, rock/rap, and jazzy pieces. Four instrumentals out of the 14 songs included. Be aware that if you download this one, read the comments. The songs were not tagged properly and the artists weren't even identified. Thanks to a couple of commenters for supplying all the pertinent information. The new favorites are:
Gilberto Monteiro - "De Lua e Sol" (instrumental featuring the accordion and guitar)
Escurinho - "Lá Vem a Onda"
Paulo Moura - "Terezinha de Jesus" (jazzy instrumental)
Banda de Boca - "Samba da Bahia" (cool harmony vocals, a Latin beat that percolates)
All vocal songs in Portuguese.
Final verdict: it's free, so why not? At least start with the four I mentioned and go from there. Note: the one by Escurinho is what I referred to as rock/rap, but it also has singing with a hard rock beat (not hip-hop). I don't know. I guess I just prefer rap in Portuguese (and Japanese, but that's another story).

The Cumbancha World Music Sampler is apparently mostly African, but at least one song has a Spanish (or Portuguese--I can't tell the difference) title and one has a French title. It gave it a good 2.5, with four more new favorites and nothing scoring lower than a 2. New favorites:
Kailash Kher & Kailasa - "Kaise Main Kahoon (International Version)"
Sarazino - "Noticias del Enemigo"
Kimi Djabaté - "Kodé"
The Idan Raichel Project - "Ôdjus Fitxadu (With My Eyes Shut)"
Final verdict: it's free, and it's good enough to pay for.

20/20 World Vision gets an even 2.0. One song for the favorites list: "Quando Das Um Pouco Mais" by Sara Tavares (a Portuguese pop song). Also one for the jazz list: "Miles from India" by John McLaughlin. The rest are mostly twos with a couple of ones but nothing that really jumped out at me. Final verdict: download only those two favorites mentioned, skip the rest.

This is Minty Fresh, Volume 2 didn't fare so well, with a 1.7 overall. A collection of pop/rock/alt-pop/rock or whatever. Two new favorites, though: "L'amour, L'amour, L'amour" by The Prototypes (which is in French) and "Post It" by The Aluminum Group. The rest were mostly blah, with one song worth deleting. (Note: this is not one of the world music samplers, it's just a regular sampler). Final verdict: probably shouldn't bother, except maybe for those two I mentioned. Warning: I apparently (something I just recently discovered) have a thing for chicks singing in French, which may be the only reason that first one made the list.

Music of Croatia did pretty well, with a 2.1 overall. One instrumental and all the rest vocal pieces. Only one one, the rest twos and threes. New favorites are "Dalmatino, Poviscu Pritrujena" by Oktet DC and "Davno" by Sasa Bulic (the instrumental). Probably not suitable for the ears of the average pop fan, but then if you're an average pop fan you probably aren't reading this. Final verdict: download it if you're interested in music from other countries.

Owl City - Ocean Eyes. I didn't rate these songs because it isn't one of the samplers, but a CD I actually bought from yourmusic.com. This whole album is absolutely immaculately produced electronic pop, so I mostly like it. However, there is some autotuning going on so be warned. There's one song, which I don't recall which one at the moment, but it has way, way, WAY too much autotune--so much that it hurts to listen to it. Not quite as horrendous as "Party in the USA" by Miley Cyrus, but still pretty bad. (And how do I know about that Cyrus song? There are some things that are better for you not to know.)**

Paper Bag Records Fall '09 Sampler gets only a 1.5 overall. One rap piece that was deleted, a bunch of ones but two songs that made the favorites list: "Miracle" by Sally Shapiro and "Invisible" by Winter Gloves. This is another of the regular (not world music) samplers of various rock, pop, rap and such. One piece, "Dancer" by Woodhouse has more autotune vocals but I added it to my "chill" list.*** Final verdict: you probably shouldn't bother with this one, either.

Pressure Sounds gets a 1.8. Mostly twos and a couple of ones. This is a sampler of reggae from various parts of the world. Nothing for the favorites list. Final verdict: definitely do not bother. Unless you're a reggae fan, in which case YOU MUST HAVE IT!!!

Ghostly Essential Avant-Pop One is quite nice, and I gave it a 2.1 overall. Heavy on the chill with this one, with 6 tracks added to my chill list. Three general favorites: "Two Dots" by Lusine, "My Radio" by Solvent (which is also going on the chill list) and "Half Asleep (alternate version)" by School of Seven Bells. If for some odd reason you want to hear examples of what I might consider "chill," check out tracks 2, 5, 7, 8, 9 and 11.

*A re-explanation and revision of my own personal rating system. Scale is mostly from 1 to 3. A 1 is for songs that I don't particularly care for. Songs that get a 2 are okay, but nothing too special. A 3 means I'm adding it to my general favorites list. There is also a 4 and 5 for truly exceptional songs that really hit me in the gut, and a 0 for songs that I delete after downloading, or probably should delete but keep anyway for instructional purposes. (That is, so I can sit down and say: "Here. This is an example of a song that sucks," and hit the play button.) So any album/collection that gets higher than a 2 is on the good side, less than a 2 means I don't think much of it. If this is too vague for you, tough.

**By the way. D*mn. That song could drill a hole through glass if focused properly. I mean, what the h*ll? Do people actually enjoy hearing that cr*p? There is absolutely nothing whatsoever wrong with Miley Cyrus' real voice. This song is evidence that either a) she is even more vapid than she appears, or b) her producer is possessed by a cacodemon from the deepest pits of the Abyss. Or both.

***"Chill" is a genre I partly adapted from an existing genre and partly I redefined for my own purposes. Mostly instrumental although not exclusively so, it generally has too much of a well-defined beat to be ambient and too up-tempo for new age but still tends to be somewhat down-tempo and relaxing. Late at night when I just want to read some blogs, smoke a pipe or two and chill out, I put something on that will fill the space without intruding too much--I load up my chill list.
Posted by AlanDP at 8:56 PM