Bullfrog Books is no more 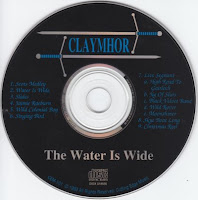 Our local used book store, Bullfrog Books, has gone out of business. Honestly, I'm surprised it lasted as long as it did--a few years, I guess. We hit it one last time last week during their closeout sale and the kids used some Christmas money to pick up a few books. I also got a few. It took some poring over the shelves (note: that's PORING not POURING). I found Life on the Mississippi by Mark Twain and a collection of Herman Melville short stories ("Huh," the store guy said, "I'm surprised no one else has already picked these up.") Also picked up a few sci-fi books. Two of them are the first two books of a trilogy that looks promising just because of the premise, and I made a start on the first last night. I think I will be hunting down the third volume on Amazon pretty soon. The trilogy is called The Songkiller Saga by Elizabeth Scarborough, first volume published 1991. Also found a copy of The War of the Worlds because I was looking for my old copy a while back and couldn't find it, and some other dystopian-type sci-fi that might not be too terrible. Although I suppose it should be terrible if it's dystopian.

As I was paying for my loot, I noticed an old Louis L'Amour paperback up high on a shelf behind the counter, so I asked if it was for sale. The lady said no, she just kept it up there so people could see it and ask about it and she could boast about it, because it was the first paperback edition of that book, called To Tame a Land. So I told her that when I was a teenager I had borrowed that book from someone and read it, and it was one of my favorite books regardless of genre, but I had never come across it where I could buy it for myself--I even described what the cover art had looked like from the one I read. So suddenly she said, "Okay, I'll sell it to you. Seventy-five cents sound good?" So of course I bought it, too. Way back when I actually used that book to teach myself how to quick-draw with my old Ruger Single-Six. I still think it's right up at the top of the list of L'Amour's best books, and I'd still rate it quite highly, regardless of genre.

There was also a box with a couple hundred copies of the CD pictured above (Claymhor, The Water is Wide). They were free. The guy told me that a friend of his from S.A. had been in this group, now defunct. There is one long live track on there in which they say they drove all the way to S.A. from South Dakota, so I'm not sure about all their origins. In fact I can't find any details about them on ye olde internette except a mention that they once had a gig in San Antonio, which I already knew from what the guy told me. It's mostly traditional Celtic music, with what sounds to me like at least 4 singers--2 male, 2 female, and a collection of traditional instruments. That's about all the information I can give you about it. It's all studio recordings except, like I mentioned, one 17-minute "live" track that I'm pretty sure was recorded at a gig in S.A. About an hour long, total playing time, and I like it.
Posted by AlanDP at 7:51 PM